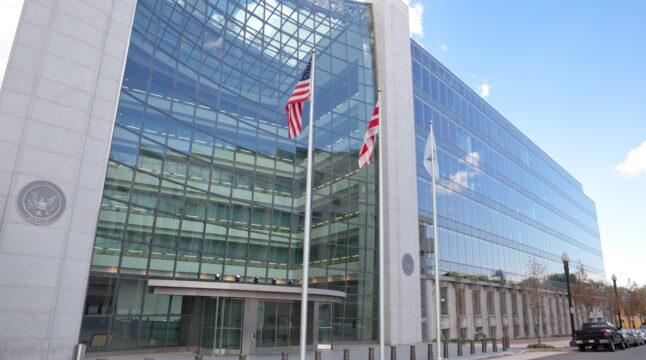 Following a lengthy investigation, Sparkster agreed to pay $35 million to investors that participated in the ICO and destroy all of its remaining SPRK tokens.

In an announcement made on Monday, September 19th, the SEC reported that a crypto firm called Sparkster settled with them following an investigation over an initial coin offering (ICO) conducted in 2018. The company will pay around $35 million in fines and reimbursements to investors.

Sparkster Settles With SEC for $35 Million

The SEC reported that they reached an agreement with both Sparkster and its CEO, Sajjad Daya. The company allegedly “harmed investors” with its offering of SPRK tokens that raised around $30 million from 4,000 investors in 2018. According to the commission, the SPRK tokens were unregistered securities under the criteria set by the Howey test.

As stated in the order, Sparkster and Daya told investors that SPRK tokens would increase in value, that Sparkster management would continue to improve Sparkster, and that they would make the tokens available on a crypto trading platform. The order also finds that the SPRK tokens, as offered and sold, were securities, were not registered with the SEC, and were not applicable for a registration exemption.

A crypto influencer and Youtuber Ian Balina also received a SEC suit over the same ICO. Allegedly, Balina made a deal with Sparkster to promote SPRK during the ICO in return for a 30% bonus on the $5 million worth of tokens he purchased during the offering. According to the suit, he failed to disclose the deal he made with the company

Sparkster’s Announcement Regarding the Settlement

On the same day the SEC reported on the settlement, Sparkster, the affected company, made its own announcement on the matter. The firm explained that the investigation has been ongoing for years and that they were notified of it by the commission in August.

Sparkster stated that they got hit by the investigation because some of the people onboarded during the ICO were from the US. Allegedly, this was against the company’s intentions and they notified the SEC immediately. The company went on to explain that they believe that the settlement is the best course of action for Sparkster’s customers.

Given the long and exhaustive nature of this investigation, spanning several years, we decided a settlement agreement would best serve the interests of our community and enable Sparkster to continue devoting the necessary time and expertise to focus on product development and the growth of our business. We neither admit nor deny any findings in this settlement.

Sparkster agreed to destroy all SPRK tokens it still possesses and pay $30 million to reimburse investors that participated in the ICO. The company will also pay nearly $5 million in interest and $500,000 in civil penalties. Daya has himself been fined $250,000 and has agreed that he and his company will not participate in crypto offerings within the next 5 years.

Do you think that SPRK tokens from the 2018 ICO really fit the Howey test definition of securities? Let us know in the comments below.