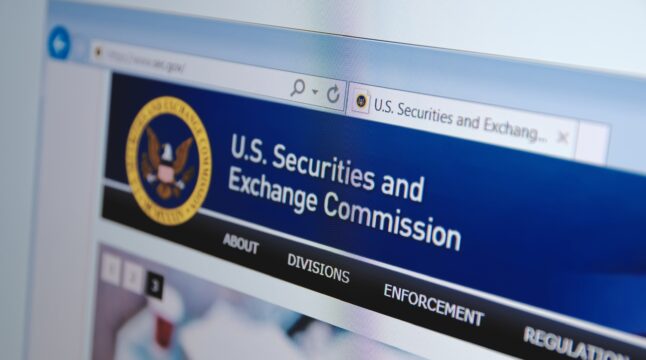 A crypto-influencer and Youtuber, Ian Balina, faces charges from the SEC over a $30 million token offering from Sparkster conducted in 2018.

On Monday, September 19th, the Securities Exchange Commission filed a complaint against Ian Ballina, a prominent crypto influencer, over an unregistered initial coin offering from 2018. This is the latest in a long line of SEC suits over ICOs undertaken after the publication of the 2017 DAO report.

The complaint filed in the United States District Court Western District of Texas identifies two wrongdoing committed by Balina. The Youtuber and influencer is accused of undertaking an unregistered token offering, as well as not disclosing the compensation he received from the coin issuer.

This action concerns Ian Balina’s unregistered offering and promotion in 2018 of crypto asset securities called SPRK Tokens. Balina, a self-described crypto asset investor, promoter, and influencer, who claimed he could help people “make millions with initial coin offerings,” failed to disclose the compensation he received from the issuer while he publicly promoted the tokens. He also failed to file a registration statement with the SEC for the tokens that he re-sold using an investing pool that he organized.

According to the complaint, the ICO took place in 2017 and raised $30 million from over 4,000 investors. The SEC is requesting that Baline and all entities belonging to him get barred from future securities-related promotions and offerings, and be forced to pay civil fines and disgorge himself of the “ill-gotten gains.”

While the action against Balina certainly belongs with the often-seen SEC actions against unregistered ICOs that have also targeted other important names within the crypto industry such as Binance, it has some notable additions. The crypto-influencer is also accused of making a rather lucrative deal with the token-issuer, Sparkster, that he failed to disclose to investors.

Balina signed a contract to invest approximately $5 million in the Sparkster Offering and promoted the offered SPRK tokens on YouTube, Telegram, and other social media platforms. Although he agreed to receive a 30% bonus from Sparkster on the tokens he purchased in the Sparkster Offering, Balina never publicly disclosed the consideration he received for his promotion.

Balina also organized on Telegram an investing pool of about fifty individuals. After he agreed to purchase the SPRK tokens from Sparkster, Balina offered members of the investing pool the opportunity to purchase SPRK tokens from him upon their release, and at least fifty members of the pool, including U.S. residents, contracted with Balina to purchase tokens that Balina had purchased from Sparkster. Balina did not file a registration statement with the Commission for his offering and sale of SPRK tokens, and no exemption from registration was applicable. As a result, Balina conducted his own unregistered offering of SPRK Tokens.

In 2019, Balina created a Twitter thread in which he explained his actions regarding the ICO and admitted he was at fault.

Perhaps more troubling is the documents contain what appears to be the SEC’s argument that certain Ethereum blockchain transactions—such as those related to Balina’s case—are considered to be taking place within the US. Allegedly, this is because most nodes of the chain are within the US. Depending on whether the commission expands on this stance, it might herald increased scrutiny into ETH, as was already implied by Gensler last week.

Do you think the upcoming digital asset legislation will curtail the SEC, or empower it further? Let us know in the comments below.