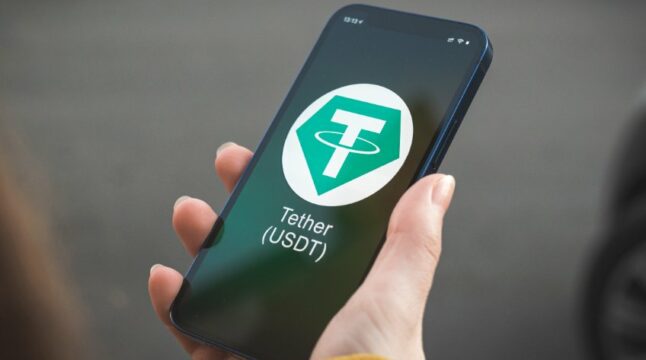 Two months after decoupling from the dollar following the collapse of the Terra UST, Tether finally regains its peg forcing hedge funds to close their short positions.

The entire crypto-economy continues to reel from the effect of the May 2022 Terra UST collapse. A full 68 days after de-pegging from the dollar and trading at a discount, Tether (USDT), the foremost stablecoin in the ecosystem, finally regained its peg. As revealed by Kaiko’s research, the USDT finally gained its dollar correlation on July 19.

The discount first appeared on May 12 after widespread panic over the collapse of the UST spilled into the USDT. This led to the stablecoin decoupling and trading as low as $0.96 on several exchanges. After seemingly regaining its peg, the stablecoin traded at a slight discount over the next two months averaging $0.99 in June.

Earlier in July, reports revealed that some hedge funds had built up significant short positions against USDT.  Amidst concerns over the USDT’s actual reserve backing, institutional investors and traders alike shorted the stablecoin following TerraUSD’s implosion.

Furthermore, several reports revealed that investment firms like Fir Tree Partners and Viceroy Research LLC placed substantial bets against USDT. This ultimately led to a surge in open interest involving the stablecoin, which went up by 3X following the UST implosion.

Open interest (OI) refers to the total number of unsettled derivative contracts, including options and futures. In the USDT’s case, its perpetual futures on several exchanges, including FTX, do not have an expiry date. Instead, they are funded close to the price of the underlying asset.

According to on-chain data, the aftermath of the TerraUSD collapse saw open interest for USDT-USD perpetual futures spike from $105 million to $300 million. As fear of the USDT decoupling continued to spread, the OI continued to surge and reached an all-time high of $450 million on June 30.

However, with USDT showing signs of regaining its peg, open interest began to decline, falling below $300 million in July. This suggests that traders and investors alike are closing their shorts positions after getting their bets wrong.

Following its de-pegging, the market capitalization of Tether declined significantly, with the USDC, its major competition gaining on it. According to on-chain data, the market value of the USDT dropped from around $82 billion to its current $65 billion. This represents an over 18% decline in the valuation of the stablecoin.

The subsequent re-peg of the USDT has seen its market valuation stabilize somewhat and show signs of recovery as market confidence returns. Investors who bet against it have also started to walk away with their gamble failing to pay off. In the meantime, Tether has used the ensuing crypto winter to push innovations. It recently collaborated with Bitfinex and Hypercore to launch a decentralized communication app.

Although Tether faces significant competition from USDC, it has made significant moves to allay fear over its reserves. It revealed the breakdown of its reserves in May 2021, showing that it had $82 billion, with 86% cash and its equivalents. Meanwhile, the analysis shows that it has 4.5% in corporate bonds, 3.8% in Secured loans, and a final 6% in other digital tokens investments.

Despite its move to ease investor fears, skepticism still abounds over Tether, with many questioning the company’s secrecy. However, the recent re-pegging augurs well for the digital asset in the long term. Its ability to overcome what may be seen as a stress test following a significant selloff shows that it can withstand various circumstances it may encounter.

Do you think Tether’s rebound augurs well as the stablecoin looks to reclaim its market dominance? Let us know your thoughts in the comments below.