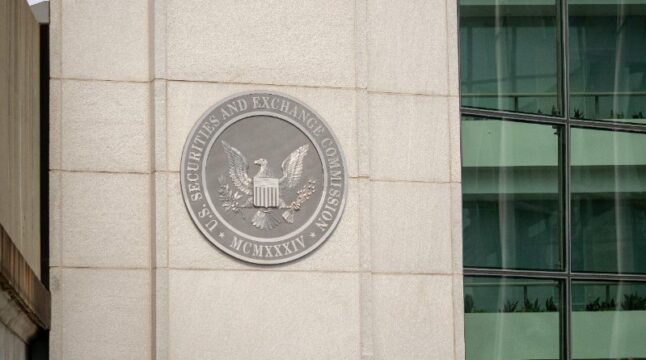 Coinbase has reiterated its statement that the company “does not list securities on its platform."

The US Securities and Exchange Commission (SEC) has launched an investigation over the listing of certain digital assets on Coinbase that might be considered securities. The agency is also looking into an alleged insider trading scheme against a former Coinbase employee, which reportedly predates the probe into unregistered securities.

SEC Embarks on Probe into Coinbase for Listing Unregistered Securities

US-based popular cryptocurrency exchange Coinbase is facing a new SEC investigation exploring whether it let its users trade crypto assets that should have been registered as securities, Bloomberg reported, citing people familiar with the matter. The report claimed the new probe predates SEC’s investigation into an alleged insider trading scheme.

The report also claimed that the SEC has increased its inspection of Coinbase since the platform expanded its list of supported tokens, offering users more trading pairs. As of now, Coinbase lets Americans trade more than 150 different crypto assets.

Gary Gensler, the SEC chair, claimed last year that Coinbase could be listing “dozens of tokens that might be securities.” On the other hand, Coinbase has repeatedly criticized the agency for how it oversees the industry, and even asked the SEC last week to propose clearer rules.

Last week, the Department of Justice (DOJ) launched a probe into a former Coinbase employee, Ishan Wahi, accusing him and two individuals close to him of insider trading. According to the DOJ, Wahi violated insider-trading rules by leaking information to help his brother and a friend buy tokens just before they were listed on Coinbase.

Following the probe, the SEC filed separate securities fraud charges against Wahi, alleging that nine of the digital assets linked to the investigation are securities. The SEC said in a press release:

“Ahead of those announcements, which usually resulted in an increase in the assets’ prices, Nikhil Wahi and Ramani allegedly purchased at least 25 crypto assets, at least nine of which were securities, and then typically sold them shortly after the announcements for a profit.”

At the time, the exchange published a blog post denying claims that they are listing securities. Paul Grewal, Chief Legal Officer of Coinbase, said that none of the listed cryptocurrencies on their platform are securities, adding that the process in which they determine whether a digital asset is a security or not has been reviewed by the SEC itself.

“Coinbase has a rigorous process to analyze and review each digital asset before making it available on our exchange — a process that the SEC itself has reviewed. This process includes an analysis of whether the asset could be considered to be a security, and also considers regulatory compliance and information security aspects of the asset.”

In response to the latest probe, Coinbase reiterated its statement that the company “does not list securities on its platform.” In a tweet, Grewal said that their “rigorous” diligence process keeps securities off their platform.

How Does the SEC Determine a Digital Asset is a Security?

The SEC uses the so-called Howey Test to determine whether a digital asset is a security. Generally, for an instrument to be classified as a security, all four of the following requirements need to be met:

Under this framework, the SEC considers a cryptocurrency to be a security when it involves investors pledging money to an organization that supports the coin with the intention of making profits from the efforts of that organization.

What do you think the SEC’s probe into Coinbase in regard to unregistered securities could mean for the broader crypto industry? Let us know in the comments below.