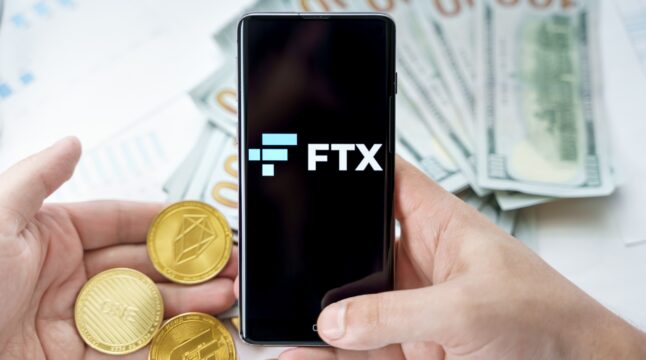 Sam Bankman-Fried used the innuendo-filled fundraising round to take $300 million for himself.

According to a recent report, Sam Bankman-Fried sold some of his personal stake in FTX in what has since been termed the “meme round” by Sequoia. Out of the $420 million raised, the former CEO took $300 million for himself

SBF Took $300 Million from 69 Investors for Himself

The funding round under scrutiny took place in October 2021. It was a successful—if innuendo-filled—endeavor that raised $420 million from 69 investors at a time when FTX was valued at $25 billion. Documents made available due to the current chapter 11 bankruptcy proceedings reveal that Sam Bankman-Fried took $300 million of this amount for himself.

Reportedly, the former CEO of FTX sold some of his own stake in the company and justified the move to investors as a partial reimbursement for the money spent to buy Binance’s stake in SBF’s company. Such a move has traditionally been frowned upon as it is a way for company founders to profit before investors. It has allegedly become somewhat more commonplace as the report indicates WeWork and Zynga as companies exhibiting similar behavior during funding rounds.

Allegedly, the ultimate fate of the $300 million taken by Bankman-Fried in October 2021 is still unknown and the company reportedly retained the money by a “related party” for “operational expediency”. The list of the biggest investors from the round is also somewhat interesting as most of the entities named—like Temasek and the Ontario Teachers’ Pension Plan Board—recently announced they were writing off their entire investments into FTX.

FTX’s Shady and Scandalous Use of Funds

With the contagion of FTX’s collapse spreading, more and more details regarding the shady and reckless behavior of the company have been emerging. While it quickly became apparent that something was rotten in the state of the Bahamas as soon as it was revealed that SBF had to go his number 1 competitor to cover a major liquidity crunch, the exact scale details were still unclear.

As the catastrophe was unraveling, some of the underlying issues became public. First, it became known that FTX loaned billions in users’ assets to its sister company Alameda, and days later it was reported that Alameda itself loaned billions to Sam Bankman-Fried for “personal use.

The company’s abuses might have continued even after it filed for bankruptcy. According to a document made public on November 17th, Sam Bankman-Fried was personally behind the draining of millions of dollars from FTX that occurred on November 13th. Furthermore, it is alleged that this was done on orders from Bahaman regulators.

Do you think SBF took the $300 million for personal use? Let us know in the comments below.