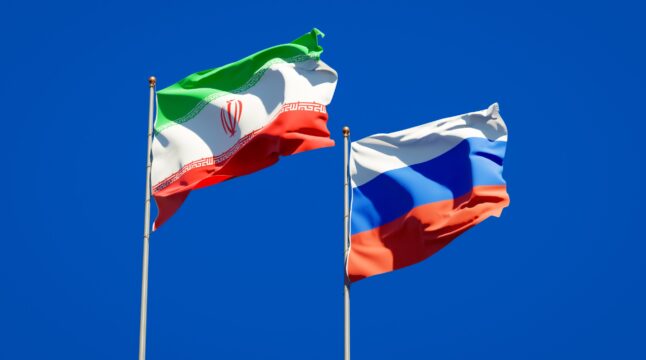 Russia and Iran are holding talks to roll out a gold-backed stablecoin that would be used as means of payment in foreign trade.

Russia and Iran are in talks to launch a joint gold-pegged stablecoin that would be used as a payment method for settling foreign trade, a Russian news outlet reported on Monday. The new cryptocurrency would enable cross-border transactions and replace traditional currencies like the US dollar and the Russian ruble.

New Gold-pegged Stablecoin Could Be Used in Foreign Trade

Iran’s central bank and the Russian government are considering launching a new gold-backed stablecoin that would serve as means of payment in foreign trade, according to the Russian news agency Vedomosti. The new cryptocurrency would be pegged to gold and accepted in Astrakhan, a city and a special economic zone where Russia accepts Iranian cargo.

According to Alexander Brazhnikov, executive director of the Russian Association of Crypto Industry and Blockchain, the stablecoin would aim to facilitate cross-border transactions and replace fiat currencies. However, Russian lawmaker Anton Tkachev said the project would only be possible once the crypto market is completely regulated in Russia, which is expected to occur later this year.

Russia’s central bank does not support the use of cryptocurrencies as a payment method in the country, though it favors using them for import and export. Following Russia’s invasion of Ukraine in February 2022, the EU banned European companies from providing any crypto-related services to Russians.

In September, Russia’s Ministry of Finance and Central bank reached a milestone agreement on cross-border crypto payments. The two parties agreed on a draft of a bill intended to regulate the acquisition and use of digital assets in the country.

Do you think Russia and Iran will eventually lift the ban on crypto in their countries? Let us know in the comments below.