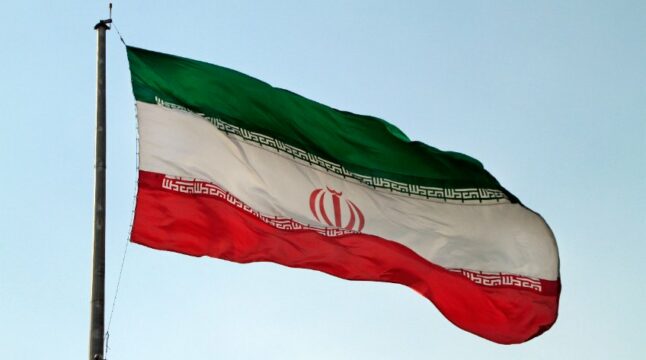 Iran recently announced they plan to launch a CBDC pilot on 22nd September.

Somewhat abruptly, Iran plans to launch a central bank digital currency (CBDC) pilot before the year ends. Iran’s crypto-rial pilot is way ahead of the Indian schedule, set to launch tomorrow, September 22. This monetary tokenization move follows Iran’s application for BRICS membership, a rival economic block consisting of Brazil, Russia, India, China, and South Africa, which is 40% of the world’s population. Moreover, a crypto-rial is a continuation of using cryptocurrencies for foreign trade.

Before February’s conflict between Russia and Ukraine, Iran had been the most sanctioned nation in the world. Thanks to dollar dominance for global commerce, the US has been using it as an effective deplatforming tool.

This dynamic is strikingly similar to OFAC’s sanctioning Tornado Cash financial privacy protocol. Once the sanction ball gets rolling, it triggers others to follow suit. This was exemplified by Circle, the USDC stablecoin issuer, when it started freezing funds in wallet addresses that interacted with Tornado Cash.

Now that the Russia-Ukraine conflict upturned the world order, Iran is seeing an opportunity. By sanctioning Russia, not only did Europe plunge itself into an energy crisis, but the scene was set for a new monetary world order.

Iran’s Tokenization ahead of BRICS Membership

Iran is ranked fourth in terms of global oil reserves, sitting on 142.5 billion reserve barrels of crude oil (Gbbl). This is in stark contrast with both Russia (80 Gbbl) and the US (36.5 Gbbl). With natural gas liquids included, the US is not even in the top 10 of carbon-based global reserves.

To leverage this natural wealth against sanctions, Iran applied for BRICS membership this June, alongside Argentina, Saudi Arabia, Turkey, and Egypt showing the same interest. If expanded to this degree, BRICS will far surpass the dollar-tethered West in land mass, population, military, and natural resources.

In the current BRICS lineup consisting of five full members, China makes 70% of its economic might, with an already deployed CBDC. In light of this, it is understandable why Iran has been digitizing its economy.

“The truth is that we don’t have enough supervisors to cover the whole of the country. Therefore, we’re planning to recruit the people themselves to do this.”

Iran’s crypto-rial, as programmable and modular money, can easily be attached to any SCM-like projects in the future. If the program is followed with a reduction of physical bank notes, this would then drastically reduce the need for human involvement. After all, if there are no alternatives to crypto-rial, compliance would be achieved by default.

“Crypto-rial has been designed in a way that it is easy to track and even if the data on the smart phones are hacked, the crypto-rial can be tracked.”

When crypto-rial is fully deployed, it would then be easy to set new rules, such as exchanging regular cryptocurrencies for crypto-rial because it would be the only means of payment in the country. Additionally, crypto-rial could be frictionlessly exchanged for a digital rupee or digital yuan as the dollar usage wanes on a global stage reforged by BRICS.

Do you think there will be any country exempt from CBDCs and cashless societies? Let us know in the comments below.