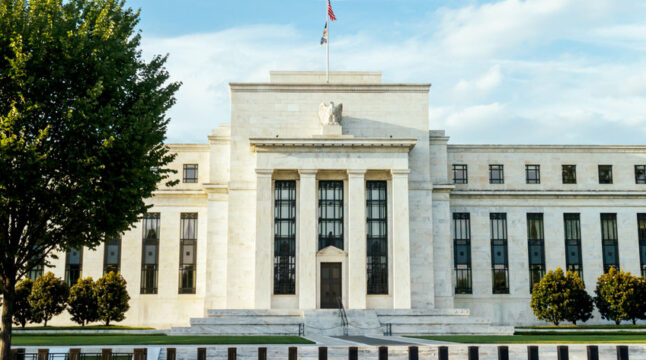 The US Senate overwhelmingly votes for Jerome Powell to continue as the Federal Reserve Chair for a second term.

Yesterday, the US Senate confirmed Jerome Powell to a second four-year term as Federal Reserve Chairman. The Senate voted 80-19 allowing the former investment banker to continue running the central bank, facing the highest inflation in 40 years. The decision puts an end to the long-delayed process that began when President Joe Biden nominated the 69-year-old Powell in November.

The 16th Chair of the Federal Reserve, Jerome Powell, is saddled with navigating rising inflation, the worst in the US for decades. President Barack Obama first nominated the investment banker to the Board of Governors in 2012. In 2017, he was appointed for the Chair position by President Donald Trump, eventually succeeding Janet Yellen.

Earlier, Powell had graduated from Princeton University with a bachelor’s degree in politics in 1975 and a law degree from Georgetown University Law Center in 1979. Subsequently, in 1984, he moved to investment banking and worked for several firms, including as a partner with The Carlyle Group. He later served as Under Secretary of the Treasury for Domestic Finance under President George W. Bush briefly in 1992.

Eventually, he formed Severn Capital Partners, a private investment business, after leaving Carlyle Group in 2005. Before joining the Federal Reserve Board of Governors, he was a visiting scholar at the Bipartisan Policy Center from 2010 to 2012.

Consequently, Powell earned a reputation as a problem solver and consensus builder in Washington during the Obama administration. This reputation eventually saw him become the Federal  Reserve Chair and battle the Covid-19 crisis in March 2021.

Powell initiated a series of maneuvers to help a failing economy ground to a halt by the pandemic and lockdown. These moves aimed at bringing the country out of its deepest recession in history and included a mix of lending and market-stimulating programs. Additionally, interest rates were cut to near-zero, and a bond-buying program was launched to increase the Fed’s holdings to $9 trillion.

Recently, Powell and the Feds have had their hands full with another crisis, the second in his tenure. Loose monetary policies needed during the pandemic have led to rising prices exacerbated by the Russian-Ukraine crisis.

Consequently, Powell has had to pivot from a super-easy crisis policy to a more stringent stance. This switch saw the feds announce in November its intention to aggressively hike interest rates through 2022. They also revealed the end of their pandemic era bond purchases.

In March, the Federal Reserve began raising its benchmark overnight lending rate and hiked it again this week. The latest hike by half a percentage point is the highest rate hike in 22 years, with more increases expected over the coming months. However, Powell has received criticism for moving too slow to combat the latest crisis.

Overall, the effects of the new tightening policies have swept across the financial markets. The Crypto industry, which is strongly correlated to the stock market, has witnessed a sharp decline in its market capitalization. The aftermath of the May interest rate hike saw crypto lose $144 billion. It has continued to decline since then.

According to Coinmarketcap, the total market capitalization of the crypto industry currently sits at $1.3 trillion. This sum is about 28% lower than before the May interest rate hike. Nonetheless, experts believe Bitcoin could outperform equities despite the hike rate.

On Thursday, US markets suffered another lousy day, owing to risk-off sentiments and Wall Street capitulation.  Following a morning of minor gains and losses, momentum shifted downside, with all three main equity indexes closing at their lowest levels this year.

The S&P 500 fell 0.13% to 3,930, reversing a 1.8 % drop that had the index flirting with the bear market territory. The bear markets are a period of extended decline in which an asset plummets 20% or more from a recent peak.

With further interest rate hikes on the card, the S&P 500 could face more downside as investor sentiments remain fragile. However, if the dip-buyers return to take advantage of the oversold conditions, they could spark a bullish reversal.

Do you think Jerome Powell will successfully prevent the US economy from entering a recession through his policies? Let us know your thoughts in the comments below.