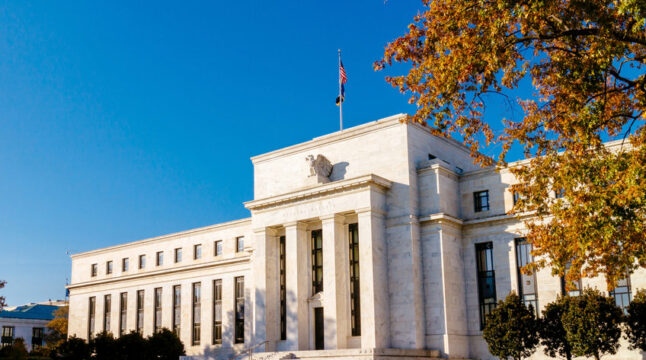 Bitcoin continues to separate itself from other risk-on assets with increasing bullish behavior.

A significant takeaway from Bloomberg Intelligence’s report about Bitcoin for May is its resilience in the face of headwinds from the interest rate hikes. The Feds have recently announced an increase in interest rate by 0.5% to help taper inflation at its highest in over four decades. However, the report notes that Bitcoin is ideally positioned to outperform the broader equities market with its overextended prices.

Bloomberg Intelligence bases its suggestion on the growing adoption and maturation of Bitcoin, which sees the digital currency behave like a risk-off asset. It notes that increased institutional involvement and the declining volatility of Bitcoin versus equities suggest a clear divergence favoring the former. Thereby giving investors another option when trying to avoid pitfalls usually associated with traditional assets.

The divergence is made all the more critical with the FOMC becoming increasingly hawkish with its policy as it contends with inflation.  As the Federal Reserve continues with quantitative tightening, Bitcoin could potentially cement its burgeoning status as a hedge against inflation.

Accordingly, to prove its thesis that Bitcoin has become a risk-off asset, Bloomberg intelligence compared Bitcoin’s divergence with the Nasdaq 100 stock index. The comparison took into account the performance of both assets on the year-to-date(YTD) basis to May 3. Over the period, the Nasdaq 100 suffered a 20% downturn in value, whereas Bitcoin only slumped 15%.

The chart above clearly indicates Bitcoin’s risk measures are nearing new lows compared with the Stock market. The continued maturation of the digital assets has seen its 90-day volatility reach levels last seen in 2020.

Bitcoin Could Outperform Overextended Stocks in the Near Future

Consequently, the report indicates that Bitcoin appears to be deviating from central bank policy decisions compared to previous bear markets. There is a close link between BTC’s price and the quantitative tightening and easing of the Federal Reserve programs. This relationship has historically been a dominant driver of Bitcoin’s performance.

From the chart above, we see that Bitcoin’s price skyrockets during periods of quantitative easing from the Feds. But when quantitative tightening occurs, its value plummets. However, this rise and fall level has grown milder as the digital asset matured.

Therefore, with the Fed’s starting a new and possibly more aggressive tightening round, BTC is expected to fall in value. However, the bullish stance seen from addresses that hold Bitcoin will make the down-turn milder than previously observed.

Generally, Bloomberg Intelligence observed that the crypto market appears to be a nascent revolution of finance and money. The lack of elastic supply, especially for the top cryptos, including Bitcoin and Ethereum, offers favorable price implications as adoption and demand rise. Despite the raging global headwinds, these digital assets continue to shine and will be unstoppable in the 21st century. It noted:

“Our key takeaway from  Bitcoin 2022 in Miami and Crypto Bahamas is that what’s happening to advance money and finance into the 21st century is unstoppable.”

Following the confirmation of the Fed’s interest rate hike, BTC rebounded following a steep decline that preceded the announcement. According to Coinmarketcap, Bitcoin has risen by 3% in the last 24 hours. However, it is still trading below the $40,000 mark.

Historically, May has been a strong month for Bitcoin, and many investors would hope it keeps to its billing after a relatively insipid 2022.

Do you think Bitcoin would outperform the equities market even as the Feds aggressively tighten its monetary policies? Let us know your thoughts in the comments below.