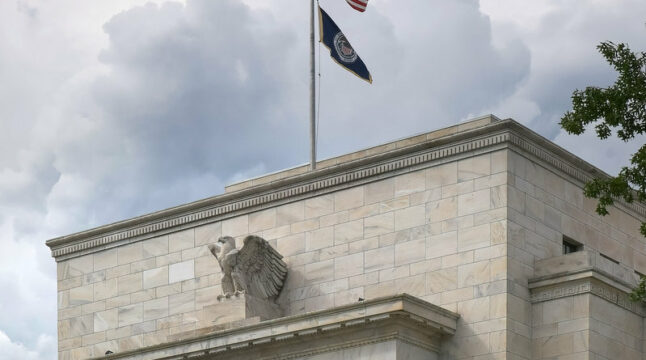 Federal Reserve Planning Interest Rate Hike of 0.75% By End of 2022

The Feds signals that its inflation target has been met, plans strategies to exit policies made at the start of the global pandemic.

On Wednesday, the US Federal Reserve announced its intention to cease its pandemic-era bond purchases in March. This will then clear the way for a 0.75% interest rate rise by the end of 2022. This follows the Fed’s intention to gradually end policies introduced at the start of the health crisis. Following its decision in November to taper bond purchases, the central bank intends to hasten the end of its pandemic-era stimulus program.

The Central Bank will buy $60 billion of bonds per month beginning in January. This represents half the amount it purchased before the November taper and $30 billion less than it was buying in December. The Feds started tapering by $15 billion in November, doubled it in December, and plan to accelerate the decrease even more in 2022.

The Federal Reserve Board and Federal Open Market Committee have released new economic projections following its two-day policy meeting. Authorities have projected that inflation would be 2.6% next year, up from 2.2% in September. The unemployment rate is also expected to decline to 3.5%, closer to full employment.

As a result, officials expect the Fed’s target overnight interest rate to rise from near-zero to 0.90% by the end of 2022. This would start a cycle in which the Fed’s policy rate would rise to 1.6% in 2023 and 2.1% in 2024. Somewhat approaching but never reaching levels considered restrictive of economic activity.

Fed Chairman Jerome Powell met with pressmen to elaborate on the new policy statement and the central bank’s economic outlook. He reiterated the policymaker’s stance on doubling the taper speed as the most suitable approach to dial back its bond-buying program. He also added that although the employment rate rose, labor force participation was still disappointing. Unlike in previous cycles where workforce involvement increased following substantial recoveries in unemployment.

“I had certainly thought that last fall – as unemployment insurance ran off, as vaccinations increased, as schools reopened – that we would see a surge in labor force participation. We’ve begun to see some improvement, but it feels likely now that the return to higher participation is going to take longer.”

Powell also addressed concerns raised about the Covid omicron variant. He noted that it was a risk to economic growth but would not impact the Central Bank’s plans to accelerate its tapering. However, the Fed chair cautioned about the many unknowns surrounding the variant’s impact on public health and the economy.

Stocks, which many believe to be “less fun” than crypto, rallied to the upside following the central bank’s latest monetary policy decision. Stock Prices had fallen this week as investors waited for the Federal Reserve statement. Some experts believe that uncertainty about the Fed’s next move, rather than dissatisfaction with prospective monetary policy adjustments, weighed on markets.

Do you see the planned interest rate hike stabilizing the US economy? Let us know in the comments below.