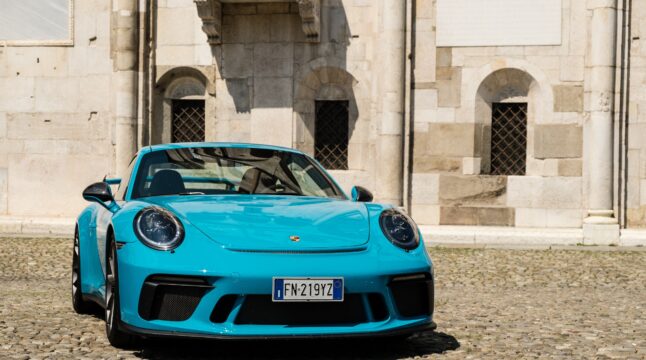 Porsche decided to stop the mint of its NFT collection on January 25th, just two days after its initial launch, in the face of community criticism and a collapsing floor price.

The famous German car maker Porsche announced it would end minting its new NFT collection on January 25th, just two day after it was started. Even before it was launched, Porsche faced significant criticism from the crypto community—particularly over the exorbitant mint price.

Porsche started marketing the launch of its Ethereum-based NFT collection based on the iconic Porsche 911 sports car already in late November and finally opened the floodgates on January 23rd.  The automobile maker’s mint has, however, proven troubled almost immediately. Already on the 23rd, the crypto community pointed out the mint price of 0.911—while thematic—was simply exorbitant with some calling it an outright cash grab.

The issues for the luxury car company continued over the following hours. Not only has the community quickly lost interest in minting—out of the total number of 7,500, fewer than 2,000 have been minted. Furthermore, the floor price for the collection plummeted to 0.89 ETH by the time of writing. The abysmal reception lead Porsche to announce it was halting the mint:

Our holders have spoken. We’re going to cut our supply and stop the mint to move forward with creating the best experience for an exclusive community. More info in the next hours.

Shortly after making the initial announcement, Porsche clarified the mint would remain open until January 25th.

The collection was initially planned to contain 7,500 customizable NFTs based on the famous 911 model. The performance and appearance of each non-fungible token could be tweaked to preference, but each collector could only mint a maximum of three 911s. The mint was initially launched on January 23rd in multiple waves first being opened for “allowlist” holders with the general public gaining access several hours later.

Porsche is far from the only established company to show an interest in minting and trading NFTs. Companies ranging from financial giants to famous shoemakers have tried their hand at launching non-fungible tokens with various degrees of success. Furthermore, the English Premier League has actively been working on soccer-themed collections.

The footwear giant Nike embarked on its NFT journey in earnest in late 2021 when it signed a deal with a metaverse shoe company called RTFKT. Nike’s endeavor proved profitable already in the summer of 2022 when its non-fungible token revenue reached nearly $190 million. Prompted by the success, the shoe giant decided to expand its Web3 presence by creating a platform for virtual creators.

Although gamers have so far proven unwilling to accept the concept of NFTs, some gaming companies have embraced it nonetheless. GameStop, which rose to renewed fame throughout the “meme stock” craze of late 2021, launched its non-fungible token marketplace last year and cleared the $5 million volume milestone on it in just one week.

Fidelity is another major company that may enter the NFT space soon. In late 2022, the investment giant filed for several new trademarks pertaining to cryptocurrencies, the metaverse, and NFTs. While non-fungible tokens have undoubtedly been attracting more and more attention from major institutions despite the “crypto winter”, perhaps the most surprising possible addition comes in the form of the Chinese government. At the tail-end of December, it was announced that the county would be getting a state-backed NFT marketplace on New Year’s day.

Updated January 24th to include Porsche’s clarification on when the mint will end.

Do you think the high mint price is the main reason for low interest in Porsche’s NFT collection? Let us know in the comments below.