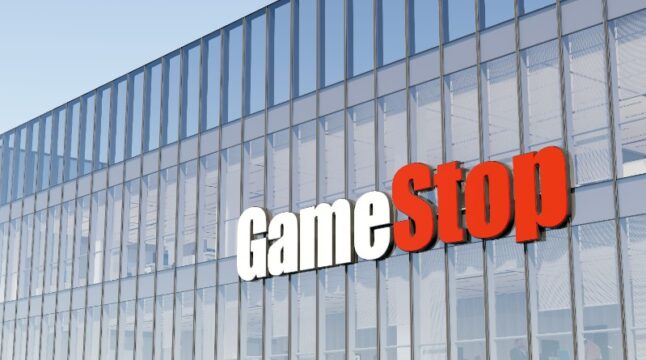 GameStop is becoming a hybrid company, locked between Web3 and brick and mortar.

GameStop’s NFT marketplace crossed the $5 million trading volume milestone on Monday. At a time when the overall NFT market declined by -60% in Q3 from already decimated Q2, is this the beginning of a trend?

It turns out, there is a secret ingredient to GameStop marketplace success – blockchain gaming powered by ImmutableX.

Although ImmutableX (IMX) became popular after TikTok picked it for its Top Moments NFTs, the network already had a good reputation. The Australian team behind NFT trading card game Gods Unchained stepped up beyond blockchain gaming into platform development.

In short, ImmutableX is focused on making blockchain gaming accessible for both players and game developers. Because blockchain gaming revolves around NFTs, as tradable and playable in-game assets, ImmutableX made it convenient and affordable to do so without getting drained by ETH gas fees.

After having announced its partnership with GameStop in February, the ImmutableX-powered NFT marketplace finally went online on October 31st. Effectively, this is GameStop’s entry into the growing Web3 ecosystem, dominated by blockchain games/metaverse.

Since then, in just a single week, GameStop traded over $5 million worth of volume on IMX. Overall, ImmutableX minted over 52 million NFTs this year, facilitating over 8.9 million NFT trades. Although Axie Infinity paved the road for blockchain gaming, here are some of the rising stars available, or soon to be, on GameStop:

Why is GameStop Becoming a Web3 Company?

With its non-custodial browser wallet, GameStop is going full Web3. The gambit is simple. According to GlobalData forecast, the metaverse market size should reach $996.42 billion by 2030. Even without accounting for Web3 games, in-game spending by 2025 should reach 74.4 billion.

For gamers, this represents a unique opportunity that hasn’t existed before. Outside of e-sports and Twitch streaming, there was no way to have a steady income directly from gaming. After all, traditional games have their marketplaces locked to accounts.

Even if one were to spend $10,000 on those in-game assets, they remain untradeable and valuable only to the account holder. Blockchain gaming flips that economy around, making all in-game assets publicly tradeable, from NFTs to native utility and governance tokens. In other words, Web3 games transfer the in-game asset ownership to players.

What’s Next for GameStop

As the company’s next move, GameStop should partner with the FTX exchange. However, with a hot war brewing between Binance and FTX, there may be a change of plans. In fact, Binance just might acquire FTX altogether. In the meantime, GME stock has remained above negative returns in the last 30 days, at +1.18%.

Do you think blockchain games will be too monetized to be appealing? Let us know in the comments below.