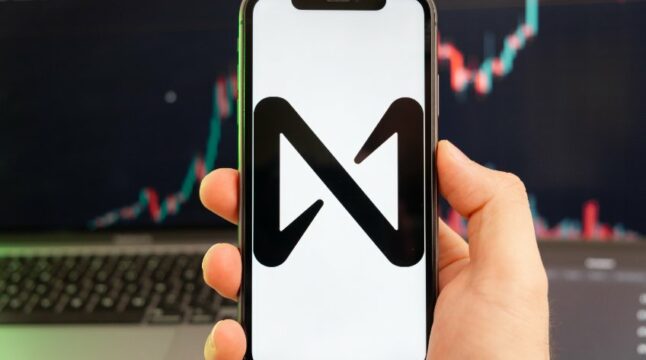 NEAR Foundation to remove USN from the ecosystem to prevent algo stablecoin's depegging due to extreme market conditions.

It appears that algorithmic stablecoins cannot withstand bear market winds. To alleviate concerns about a Terra-like meltdown, NEAR Protocol’s USN stablecoin will be gradually removed from NEAR’s ecosystem. Immediately after the news broke out yesterday, NEAR total-value-locked (TVL) decreased by -47%, from $247 million to $129 million.

Why is USN Getting Canceled?

The problem with algorithmic stablecoins seems to be inherent. Although they are decentralized, such stablecoins are not backed by the underlying asset they represent – the dollar. Instead, they are tied to the network’s native token, typically over-collateralized with dynamic supply and demand contraction.

In turn, if the native token goes down, especially in a low market cap and bear environment, the algorithmic stablecoin cannot maintain its synthetic peg to the dollar. This is precisely what happened to NEAR’s USN stablecoin, as recently noted by Decentral Bank (DCB), in charge of USN issuance and maintenance.

“DCB recently contacted the NEAR Foundation to advise it that USN had become undercollateralised due to it originally being an algorithmic stablecoin (v1) susceptible to undercollateralisation during extreme market conditions.”

USN launched on a public testnet this year, on April 20th. Soon after, in June, USN was transformed into a non-algorithmic version, backed by USDT in a 1:1 ratio. However, USN’s legacy v1 algorithm led to the double-minting of some stablecoins, leading to its under-collateralization.

How is NEAR Sanitizing USN’s Departure?

The resulting under-collateralization created a $40 million collateral gap. In its original soft-peg version, USN was collateralized with NEAR and USDT tokens, but without the burn/mint mechanic present in Terra’s defunct UST stablecoin.

With USN v2 causing embarrassment for NEAR’s ecosystem, the NEAR Foundation is setting aside $40 million for the USN Protection Programme. Its purpose is to “facilitate the orderly winding down of USN by DCB”.

Aurora Labs will be in charge of handling the money to protect the ecosystem by “making users whole”. Aurora Labs develops the Aurora protocol, a bridging network between NEAR and Ethereum blockchains. With $40 million in hand, USN stablecoins appear to be safely redeemable as 40 million USN gets removed from circulation in the process.

Could Terra Have Avoided the UST Blunder?

Terra’s $44 billion meltdown and contagion fallout forever besmirched the concept of algorithmic stablecoins. Was there any point in time when it could’ve been avoided, or at least for Terra to orderly shut down its stablecoin just like NEAR/DCB are doing now?

Presently, USN’s reserve is 38.9 million USDT and 5.7 million NEAR. Just before TerraUSD (UST) collapsed, on May 8th, its market cap was $18.73 billion. This means that USN’s market cap footprint is 0.2% of UST’s when it went down.

Although Do Kwon, UST’s creator, had previously launched a failed Basis Cash stablecoin, he recently revealed his confidence in UST’s peg, for some reason.

“I believed in the stability of the UST. I do apologize and do own up to, you know the full responsibility of that.”

Do Kwon, the co-founder of Terra, to Unchained podcast

However, due to how UST was entangled in Ponzi-like Anchor stablecoin yields (up to ~20% APR), even a hint at an orderly shutdown would have likely resulted in the same situation unfolding – a multi-billion LUNA bank run. In turn, the UST would’ve decoupled from the dollar.

The same dynamic is not happening with the NEAR token though. Because it doesn’t have a burn/mint mechanism with USN, it quickly recovered from a brief -4% dip yesterday, returning to the $2.9 range.

Do you think algorithmic stablecoins will make a comeback in the next bull cycle? Let us know in the comments below.