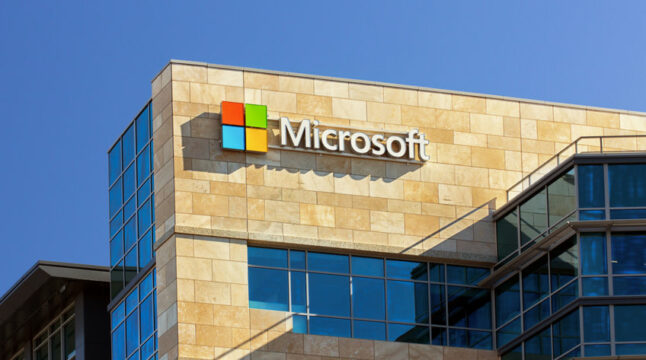 Microsoft Takes $68B Step into Metaverse as Gamers are Against NFTs: Why?

One ill-conceived NFT launch does not a backlash make.

NFTs and blockchain technology are becoming increasingly popular in video games, as was initially seen with the success of Axie Infinity. Now, Microsoft is set to acquire Activision Blizzard in a nearly $70 billion deal which involves future plans for a metaverse.

At the same time, gamers were firmly against Ubisoft’s push into NFTs, which was the first major video game developer to jump into the NFT space. Are NFTs and metaverses really the future of video games if so many gamers are seemingly opposed to NFTs?

After two decades, the video gaming industry seems to be heading toward another evolution. The first one was not so warmly welcomed. Since the early 2000s, with the spread of broadband internet, video game distribution steadily turned from physical to digital. While this brought about Steam, GOG, Green Man Gaming, Gamer Gate, and Epic Games Store, digital distribution turned out to be a double edged sword:

On the other hand, reliance on online patches led most gaming studios to completely abandon the concept of releasing finished games. QA slowly went out the window, as starkly demonstrated by the recent release of Battlefield 2042, gathering over 88,000 negative reviews.

Sometimes, that connection makes the game unplayable. To have latency issues in an SP game was unheard of up until that point. Most importantly, another “innovation” as a consequence of online reliance came in the form of microtransactions and a drastic shift from SP to MP. The two went hand-in-hand.

Multi-player (MP) focus drastically cut the budget needed for development, as players themselves created the experience in interaction with other players. However, to keep the incentives going, a plethora of microtransactions and loot boxes were introduced on MP’s top. As a result, it is estimated that 2022 will see $65 billion spent on in-game transactions globally.

Which leads us to the next evolution in gaming – blockchain-based microtransactions.

Blockchain Gaming – GameFi – Off to a Bad PR Start

The first triple-A gaming publisher to integrate non-fungible tokens (NFTs) was Ubisoft with its Tom Clancy’s Ghost Recon Breakpoint. However, gamers responded with a massive 96% dislike to like ratio.

Nonetheless, Ubisoft was undeterred, proceeding to deploy its Quartz NFT marketplace and Digits NFTs, which are tokenized in-game assets such as weapons and gear.

The source of backlash stems from excess monetization. Namely, this type of monetization is attached to a fully-priced game. In contrast, a game like Halo: Infinite Wars separated its SP from MP, the latter being free but monetized. To determine the NFT-monetization backlash, let’s first establish what is gained by adding blockchain assets to a game.

Pros and Cons of NFTs in Gaming

Any digital file can be made into an NFT, be it static images, animations, video files, ebooks, audio files, or 3D assets. For instance, Meebits, the progenitor of Crypto Punks by Larva Labs, broke all records recently by achieving $1.8 billion in sales. This alone pushed January over the previous NFT trading volume peak in August, to $5.9 billion.

Why are Meebits selling like hotcakes? Because they are minted as NFTs, but also as full 3D voxel objects. Meaning, they can be imported into animation software, games and metaverses as avatars. Shadowing Meebits is another NFT innovation called the Loot project, accounting for $346 million in sales last week.

The Loot NFT collection consists of text-based attributes one could encounter in any classic fantasy RPG: helmet, staff, cape, rings, amulets, etc. However, thanks to software generators, these text-attributes in Loot ‘Bags’ can be visualized in countless ways, which itself makes a foundation for games. Already, Loot Characters and Loot Explorers were generated based on Loot ‘Bags’ NFTs.

Just these two examples, Meebits and Loot, have accrued $2.16 billion in sales during the last 7 days. This shows us three things:

Most importantly, NFTs break the isolation of in-game assets. Whether it is Robux from Roblox, or V-Bucks from Fortnite, these assets cannot be transferred outside the game. Although they can be purchased with fiat money, the assets purchased are locked to a gaming account, and cannot be traded.

In contrast, NFTs (any in-game asset from land plots to weapon skins) are exportable to blockchain networks and NFT marketplaces, to be traded for fiat money. This is the foundation of blockchain-based play-to-earn (P2E) games such as Axie Infinity, achieving 6,500% revenue growth in early 2021.

With billions in play, play-to-earn guilds are already targeted by Venture Capital firms. Effectively, Axie Infinity showcased that each game can become a mini-economy, with P2E guilds lending money in the form of NFTs to start playing without having to pay for hundreds of dollars out of their own pocket.

Although this all seems great for business, and for those who want to merge fun with earning a buck, many gamers see it as turning games into grind fests. After all, if a game is designed with a P2E model in mind from the get-go, can it really be fun?

The only answer to that question comes with the diversity of blockchain games on offer. Those that will successfully merge earning with gaming, will become popular. And those that don’t, will fail. Lastly, mainstream media often posits energy concerns as a big con to blockchain-based assets.

Lastly, NFTs can easily serve as a funding vehicle for new indie games without mediators. Developers can simply mint in-game assets and sell them as NFTs to fund the project. In turn, those NFT holders can resell them for greater gains if the game becomes popular, or they can earn in-game rewards.

Microsoft About to Mainstream Blockchain Gaming?

Microsoft is set to buy Activision Blizzard in a deal worth some $68.7 billion. The deal would be Microsoft’s largest acquisition ever, conducted all-cash, by valuing Activision shares at $95 each. Not only would Microsoft acquire the world’s most iconic franchises – Diablo, World of Warcraft, Call of Duty – but Microsoft framed the acquisition as building a foundation for its future metaverse.

“This acquisition will accelerate the growth in Microsoft’s gaming business across mobile, PC, console and cloud and will provide building blocks for the metaverse.”

Given the rise of metaverse coins after Facebook rebranded to Meta, metaverses, such as Decentraland (MANA) or The Sandbox (SAND), have become synonymous with gamified, blockchain-based virtual spaces. At the center of those spaces are NFTs and native tokens for each blockchain.

Based on Microsoft’s history with Enjin (ENJ), a platform for NFT deployment, the 12-year old company may be next to be absorbed by Microsoft. In February 2021, the software giant launched a browser game that rewards NFTs. These were then integrated into the MyMetaverse Minecraft server to unlock quests.

Enjin has its own wallet to not only to store and manage all the major cryptocurrencies but NFTs as well. If Microsoft makes the move, it would acquire a complete package to blockchain-ify Activision Blizzard’s portfolio of future gaming offerings.

Do you think Steam banning NFT and crypto games is more about safeguarding its own business model? Let us know in the comments below.