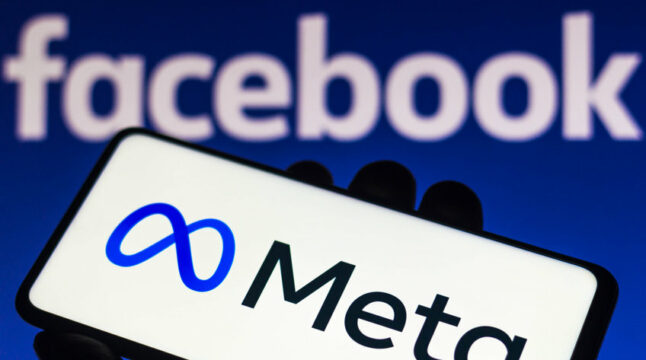 Facebook's name change has done little for its stock price lately, but has given a boost to metaverse cryptocurrencies.

Following Facebook’s name change to Meta, metaverse coins have seen price rises, in an emerging subcategory of cryptocurrencies. With a market cap of $938.1 billion, Meta price swings are within single digits, while new metaverse stars are rapidly gaining ground.

Meta Has Been Collecting Metaverse Assets

In 2021 alone, Meta will invest $10 billion, representing 11.6% of the company’s $85.9 billion revenue from 2020, to build virtual reality assets. Meta has made a series of Metaverse acquisitions of late:

These recent expansions follow the $2 billion Oculus deal made in 2014. According to the Grand View Research report, the global market size for VR devices is $7.81 billion — and is projected to grow at a compound annual growth rate (CAGR) of 28.2% from 2021 to 2028.

Interestingly, Meta’s VR devices account for 61% of the market share on Steam despite Valve, the owner of Steam, having its own VR headset – Valve Index. Can we expect to see the same kind of dominance from Meta within the emerging metaverse? For the moment, Meta appears to have hardware dominance in the market — whether it can do the same with the software component of the metaverse will remain to be seen.

How Does Meta’s Stock Performance Compare to Metaverse Tokens?

Facebook, now Meta Platforms Inc, has had a bad week on the stock market. On November 15, Meta stock dropped by 3.7% in a span of three days, rallying again to the previous price resistance at around $351. This was then followed by another drop of 4.5%, from Monday to press time.

This is not that surprising given that interest for Meta has been waning after the initial announcement at the end of October. In the meantime, metaverse coins within the blockchain space are on a roll. There are currently 7 metaverse tokens with market caps above $1 billion.

It is noticeable that only AXS took a dive last week, while all other top contenders rose between 20 – 62%. Axie Infinity may have set the standard for blockchain gaming, with its clever fusion of NFTs and tokens, but it appears that new metaverses are encroaching on this new territory.

Judging by the trading volumes of Decentraland (MANA), The Sandbox (SAND) and Enjin Coin (ENJ), all of which have been 2 -7x higher than Axie, this erosion of Axie’s dominance may happen sooner rather than later.

Leading at $3.6 billion daily trading volume and 96% growth in the last seven days, The Sandbox (SAND) is a blockchain-powered platform for both gaming and creating virtual assets, similar to popular Roblox. Pixowl studio began the project in 2011, running on Ethereum and using SAND tokens that players can use to create and collect virtual assets based on voxel technology.

SAND coins are capped at 3 billion as ERC-20 utility tokens. The NFT element to the project comes with LAND, representing The Sandbox metaverse divided into 166,464 LAND NFTs. According to the whitepaper, that number will not be exceeded, so one could assume that LANDs will be high in demand if millions of players join in. With these elements in play, The Sandbox is based on three core parts:

By far, Sandbox has the widest support, both in terms of crypto exchanges where one can buy SAND tokens and for funding. Some of them are CryptoKitties, Atari, Helix, Snoop Dogg, The Walking Dead, South China Morning Post, The Smurfs, and Roller Coaster Tycoon World.

Although SAND token has already appreciated 380% during November, it appears this is only the beginning of its rise. On November 29th, The Sandbox will finally reach its Alpha release stage.

Decentraland (MANA) is all about becoming a virtual landlord. In this way, it is quite similar to The Sandbox because it uses both tokens (MANA) and LAND as NFTs. Likewise, its metaverse is divided into 90,601 LAND plots, equivalent to a limited edition NFT collection, with each one holding a different visual style and explorable by players.

However, unlike with SAND, there is no limit to MANA tokens, of which 1,824,623,235 MANA are currently in circulation. Mana’s current support price level is at $3.60 with Grayscale Investment holding 18.4 million MANA, now worth $72 million. Most recently, this Tuesday, Decentraland reached a new milestone with the selling of its LAND plots for $2.4 million to the investor Metaverse Group, a subsidiary of Tokens.com.

Having already retested its support level at $3.70, MANA is now gathering bullish momentum for a possible push towards $5. However, as Fibonacci zones are time-based, the price level may retest the previous price level, depending on the flow of metaverse enthusiasm. The record-breaking LAND NFT sale should certainly help in that direction as it catches headlines.

Enjin is best described as a blockchain gaming generalist coin. Running on Ethereum, blockchain game developers can use ENJ to monetize their in-game assets in the form of NFTs.

The twist is, virtual assets minted via Enjin Network are then locked within NFTs and removed from circulation. This way, ENJ tokens not only create a reserve value to metaverse assets but scarcity as well. Furthermore, such assets have instant liquidity because the NFTs can be destroyed, returning the value in the form of ENJ tokens, capped to 1 billion coins.

Inherently anti-inflationary, this could give ENJ a steady upward price move, having recently broken the $3.80 resistance level. As of press time, it is still in the retracing stage. Because it can support numerous NFT projects, it also serves as a relatively safe diversification coin.

It is apparent that metaverse companies are effectively tokenizing Minecraft-like games in terms of graphical performance and art style. This makes perfect sense, as they are modular and easy on system requirements, making them open to the widest audience range possible.

In turn, this will be a window of opportunity for other projects to step in, catering to other sensibilities. To that end, Illuvium (ILV), Star Atlas (ATLAS), and Aurory (AURY) are the most likely contenders for the next wave of rapid metaverse token appreciation.

Within a couple of years, do you think the majority of video games will be tokenized in some way? Let us know in the comments below.