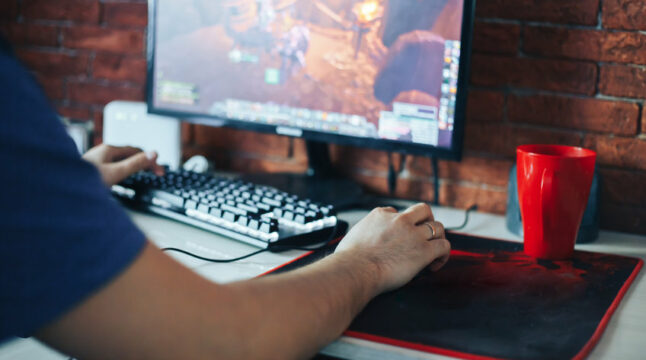 NFTs Risk Being Used For Unpopular Microtransactions By Gaming Corporations

Rarely does a gaming company receive a 96% dislike ratio, but Ubisoft pulled it off.

Ubisoft is the first company to release a triple-A game where in-game assets are tradeable NFTs. Unfortunately, the reception was a catastrophic failure.

For the bulk of the video gaming industry history, its monetization model was straightforward. One could either buy the full game or play demos to see if the game is worth a buy. For demos, games lost functionality after a certain level is reached or a certain amount of time has passed.

This all changed in 2006 when Bethesda decided to try out a new monetization model. As a DLC (downloadable content), Bethesda famously sold horse armor for Elder Scrolls IV: Oblivion, priced at $2.50. More importantly, during this period, broadband internet was becoming more common. Correspondingly, the video gaming industry started the shift from physical distribution to digital.

In turn, this was followed by creating an online dependence – always online games that rely on internet connection and online platforms for updates, DLC, and patches. Even Diablo 3, at core a single-player game, couldn’t be played without feedback to a remote server. Due to this dependency pressure, the business model completely flipped, from full-game revenue to in-game content transactions.

Now that this always-online connectivity is paired with a blockchain, we are entering a new era of video gaming monetization. One in which the in-game’s assets themselves could be tokenized and traded as NFTs even outside the game. However, old issues are catching up with this new monetization model as well.

Buying a full game and still paying for in-game content is nothing new. Those extra items could be considered a cosmetic flair, while the core game remains accessible. However, with online multiplayer games, those payable extra items, often as loot boxes, tend to yield an unfair advantage to players, leading some to dub the model as “pay to win”. Both Activision ($8.1 billion revenue for 2021) and Electronic Arts ($5.5 billion revenue for 2021) have had such issues.

Ubisoft has now added a new set of problems with its blockchain-powered NFT platform called Quartz. The system says it creates energy-efficient NFTs dubbed Digits, which have been first deployed with Tom Clancy’s Ghost Recon Breakpoint.

Each Digit is unique with its own engraved serial number on display, presented on both gear and weapons. Of course, as NFTs, they are then tied to your identity and are tradable just like Axies in Axie Infinity. Ubisoft picked Tezos blockchain for the job, a unique smart contract platform that has a self-amending feature.

Meaning, holders of its native XTZ token can put forward upgrade proposals for voting, making it one of the most decentralized blockchains. Furthermore, for the purpose of security token issuance, Tezos is sometimes picked over Ethereum as a better platform. When Ubisoft says Digits are energy-efficient, this is a reference to Tezos’ Proof-of-Stake consensus in which there are no energy-hungry miners but validators instead. At a first glance, Ubisoft’s venture into blockchain gaming seems quite thought out, so what’s the problem then?

Digits appear to be an upgraded version of DLC, except the items are now tradeable between players as NFTs. Although they are described as unique, this is not quite compatible with “Limited Edition”. Furthermore, the game in question is a fully paid one. This process has been dubbed many times before as ‘nickel-and-diming’, as previously demonstrated with a fully paid, overly-microed Ubisoft’s Assassin’s Creed. Suffice to say, the reception of the Ubisoft Quartz system was not favorable.

YouTube recently disabled dislikes, however, it is still possible to make them visible on the back-end with the Chrome extension ‘Return YouTube Dislike‘. The result is bad news for the Ubisoft PR team, with a 96% dislike to like ratio.

One of the more interesting comments comes from user ‘jake s’, a purported developer. He thinks that NFTs shouldn’t be forced to solve a problem that doesn’t exist.

“There are a small set of important problems that the blockchain model solves but that’s about it. But it seems like often times people expect you to shove these into products where they are not needed. With this whole NFT thing, they’re literally coming up with a cool solution and then trying to find a problem that can be solved by it.”

Reception on Reddit’s r/gaming was equally negative, already calling for a boycott of all Ubisoft games. Titled ‘Do not support “Quartz”, the new NFT Ubisoft marketplace‘, the post has already received 14.6k upvotes at press time. The brunt of the issue seems to revolve around fears that this could become a slippery slope to more products in the same vein.

If all the cosmetics worth having are NFTs, then, effectively, Ubisoft will create two versions of the game – basic and premium. The other issue is that development time would go into breaking up the game to be monetized instead of creating new experiences.

With that said, it would be difficult to make a case against such NFT monetization if the game is released as free. Case in point, although the single-portion is pay-to-play, Halo Infinite has completely free access to multiplayer with optional purchases.

Last month, we covered Discord’s steps toward Web 3 by integrating MetaMask wallet and NFTs. Since then, the NFT integration part was scrapped/suspended due to severe community backlash. It seems that many Discord users view NFTs as a Ponzi scheme. Just like with Ubisofts’ Digits, the reception was inverted. Critics were the ones who received the most likes instead of the proposition itself.

Although NFTs represent a boon for artists due to smart contract-based royalties and secondary markets, their adoption hasn’t gone as mainstream as some would like. Discord eventually issued a press release to Engadget, saying that the internal concept will not be shipped any time soon.

Lastly, for those interested in what Web 3 is all about, Brian Brooks summed it up nicely before the congressional hearing this week. As former Comptroller of the Currency, Brooks is a technologist, entrepreneur and lawyer who had worked with both Coinbase and Binance.

Blockchain makes it possible to transform every game into a play-to-earn (P2E) experience. Do you think developers should keep this business model as a niche to not detract from the gaming itself?