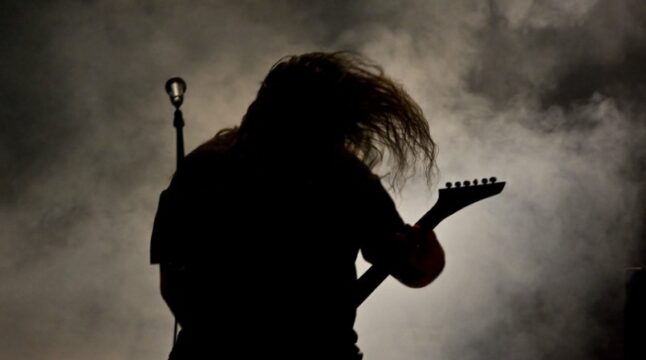 Iconic thrash metal band Megadeth has joined the Web3 world with a launch of a new NFT collection. The “Rattleheads” collection, based on Megadeth’s mascot Vic Rattlehead, encompasses the band’s rich 40-year history through generative themes and imagery.

The Web3 has welcomed another renowned member from the music space, Megadeth. The 40-year-old thrash metal band has joined “the future of the internet” by launching its own non-fungible token (NFT) generative art collection “Rattleheads”.

The collection, created by Five to One Collective and Upper Echelon Studios, was inspired by Megadeth’s popular Cyber Army fan club involving “mission deployment mechanics” and a broad range of additional utilities expected to come in the future. The announcement came on the 61st birthday of the band’s frontman, Dave Mustain.

Rattleheads includes classic themes and imagery based on Megadeth’s 4-decade history as one of the most influential metal bands in the world. The name of the collection comes after Megadeth’s skeletal mascot Vic Rattlehead.

But Megadeth’s foray into the Web3 world shouldn’t come as a surprise given that the band has frequently tried to use technology to promote its music. The band sees NFTs as a unique opportunity to reinforce its relationship with the fans.

“As long as Megadeth has been a band, I’ve ensured that we were leading the charge. Our ﬁrst album set the standard for thrash metal. We were the ﬁrst band to have a website. Our fan club Cyber Army was started in 1994. Our 2016 album Dystopia came with a full Virtual Reality experience.”

The emergence of Web3 technology represents a “perfect” moment for Megadeth to “directly connect us with our fans,” added Mustaine. The band’s new album “The Sick, The Dying… And The Dead!” sold 48,000 album copies in the U.S. in its first week, ranking it at No.3 on the Billboard 200 chart.

With the launch of Rattleheads, Megadeth becomes the latest music figure to join the NFT space. Earlier this year, singer and songwriter became the chief brand officer of the NFT project Doodles, which was valued at $704 million this week after raising $54 million in a Series A funding round.

The NFT market has seen a significant slump in activity this year due to a steep sell-off in the broader crypto market. However, the industry continues to attract interest from celebrities and institutional investors, betting on the market’s long-term potential.

What is your favorite music-themed NFT collection? Let us know in the comments below.