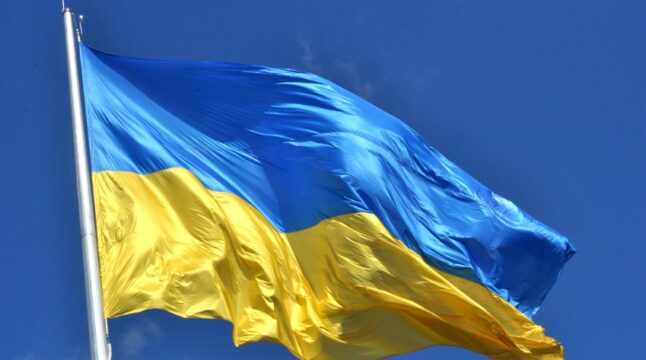 In a multi-polar world, state-agnostic crypto assets find themselves as useful parallel tools.

The Russia-Ukraine conflict is cracking into a faultline for a multipolar world. It caused Germany, Europe’s economic engine, to have the first trade deficit in 30 years, now facing deindustrialization due to energy costs. But the war also accelerated the use of digital assets internationally.

Even before the conflict broke out, Chainalysis ranked Ukraine fourth on the Global Crypto Adoption Index, ahead of the US by three countries, while Russia was ranked 18th. In September 2021, Ukraine became the fifth country to have regulated and legalized cryptocurrencies. Unlike El Salvador, which placed Bitcoin on equal footing with fiat money, Ukraine regulated cryptocurrencies as a precursor to its National Bank’s digital currency.

By allowing digital payments, crypto exchanges have become legal enterprises in Ukraine, able to open bank accounts. Since the early days of the war, in February 2022, the Ukrainian government leveraged this by supporting over 70 digital assets. This was mainly due to the agreement between the Ukrainian central bank and Lithuania-based Coingate crypto payment processor.

Just one month after the Russian invasion, Ukraine received nearly $100 million in crypto donations, according to Alex Bornyakov, Ukraine’s deputy minister at the Ministry of Digital Transformation. In one donation run worth $54 million, dubbed AidForUkraine, the minister broke down how the crypto funds were spent.

The Role of Cryptos in a Monetary War

The immediate response to the Russian invasion came in the form of financial deplatforming. Belgium-based SWIFT for international payments is the critical infrastructure to have facilitated it. Covering 200 countries and over 11,000 institutions, SWIFT expelled select Russian banks, including the largest Sberbank, from international support.

However, Russia is not an ordinary country. Not only does Russia have the largest land area, but it is Europe’s leading supplier of cheap energy. In turn, sanctions against Russia manifested as a stronger dollar (USD) and ruble (RUB) vs. weakened euro (EUR), British pound (GBP), and Ukrainian hryvnia (UAH).

On the digital asset front, both ruble and hryvnia surged as trading pairs for USDT stablecoin and Bitcoin (BTC) in the early months of the war. This was to be expected, given economic uncertainty and interrupted SWIFT payments.

However, after it became clear that Europe imposed sanctions against itself and the Ruble became stronger, Russian enthusiasm and need for cryptos fell off. Moreover, crypto donations to Ukraine also fizzled as aid packages by the US and other western nations kept Ukraine afloat.

Until November, the Center for Strategic & International Studies (CSIS) rounded up US aid to Ukraine at $68 billion. This is now at $113 billion total, with the recently approved extra $45 billion in the $1.7 trillion omnibus bill.

Crypto is Not Yet a Viable Alternative

At a glance, non-state assets like cryptocurrencies would be beneficial to have in an international conflict. Yet, according to the Economist Intelligence Unit (EIU), only 16% of the world’s population participated in condemning Russia, which is already self-sufficient, to begin with.

Further, crypto assets that run on public blockchains are permanently transparent, making them less useful for large-scale sanction avoidance. Not only would crypto exchanges have trouble supplying adequate liquidity, but OFAC could block their wallets. For these reasons, even the White House’s National Security Council admitted that crypto assets are not safe havens for dodging sanctions.

As noted previously, the Russian Ruble only got stronger this year, which additionally relieved pressure from using alternative currencies. Nonetheless, Russia appears to be moving ahead in legalizing cryptocurrencies for foreign trade while restricting it domestically.

“The circulation of cryptocurrencies as a means of payment on the territory of Russia will be prohibited, and liability will be prescribed in this regard,”

“But to pay for foreign trade transactions, we still assume the possibility of using cryptocurrencies, for example, for parallel imports.”

Most recently, the former Russian president, Dmitry Medvedev, forecasted the collapse of the US-based Bretton Woods monetary system, supplanted by digital fiat currencies (CBDCs). In other words, even amid financial deplatforming, no country will give up monetary control and place it onto independent, decentralized blockchain networks.

However, CBDCs are bound to cement digital assets as equal to money, breaking the psychological barrier in the minds of many. If it then happens that programmable CBDC tokens are too abusive, such as imposed expiry dates, carbon monitoring, or geo-locking for purchases, crypto assets are likely to see a new adoption resurgence.

Do you think other world power blocks could counter the western Bretton Woods system? Let us know in the comments below.