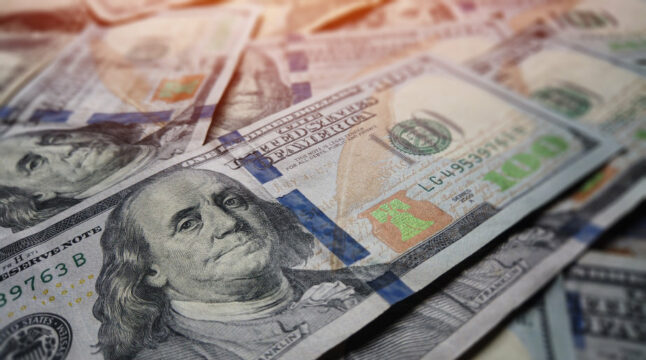 Will the Dollar Stop Being the World’s Reserve Currency?

The U.S. has enjoyed the benefits of the dollar being the world's reserve currency, but economists wonder whether that could change.

The U.S. has enjoyed the benefits of the Dollar being the world’s reserve currency for decades, but several events have some economists and market watchers wondering whether that could change. Now as Saudi Arabia threatens to switch from the Dollar to the Yuan for its oil sales to China, concerns about the dollar could come to the forefront again.

What are Reserve Currencies?

Reserve currencies are those used to store money in many countries. Each nation’s central bank holds different amounts of foreign currencies, and the U.S. Dollar is often the most popular currency in which central banks hold their money.

When a nation’s central bank acquires reserves, it holds them like cash on a balance sheet rather than placing them into circulation. Reserves are acquired through trade, and reserve currencies support international trade by enabling various countries to transact with each other using the same currency.

Data from the International Monetary Fund indicates that about 59% of global reserves were held in the Dollar as of the third quarter of 2021, the most recent quarter with data available. The percentage fell to 59% in the fourth quarter of 2020, and the IMF said at the time that it’s the lowest level in 25 years.

Analysts suggested that the decline was partially due to the decreasing role of the Dollar in the global economy amid competition from other currencies used by central banks for international transactions. However, there are other signs of the Dollar’s dominance. The Federal Reserve estimates that about 40% of global trade transactions use the greenback, while 80% of global cross-border transactions use it.

How Did the U.S. Dollar Become the Reserve Currency for the World?

Before we can analyze whether the Dollar will lose its status as the number one reserve currency, it’s important to understand how it gained that status in the first place. During World War I, the British Pound was the world’s top currency.

Meanwhile, the Dollar became more important globally as nations loaded up on U.S. bonds. During World War II, the U.S. supplied the Allies with weapons and other goods, and most of them paid in gold. As a result, the U.S. ended up holding most of the world’s gold by the time the war ended. When the war ended, the Allied nations couldn’t return to the gold standard because they had depleted their reserves of the shiny metal.

In 1944, delegates from 44 Allied nations met to develop a way to manage foreign exchange that wouldn’t put any of them at a disadvantage. The meeting that today is known as Bretton Woods, after the name of the New Hampshire city where they met, led to the determination that the world’s currencies could be pegged to the U.S. Dollar instead of the gold standard.

At that time, the Dollar was pegged to gold, so the participating countries chose to peg their currencies to the next-best thing after gold: a hugely popular currency that itself was pegged to gold. Due to that decision, countries accumulated Dollars in their reserves instead of gold.

The Bretton Woods Agreement also established central banks, whose tasks included establishing fixed exchange rates between the Dollar and their currencies. In exchange, the U.S. would redeem Dollars for gold whenever other countries needed to do that.

However, when the U.S. started to flood the global market with Dollars to finance the Vietnam War and its Great Society programs, other countries started to worry about the stability of the Dollar. They started converting their Dollar reserves into gold, causing such increased demand for gold that the U.S. decided to unpeg the Dollar from it.

Even though the Dollar is no longer pegged to gold, it remains the world’s top reserve currency. Most countries are highly confident that the U.S will always be able to repay its debt, so they continue to hold U.S. Treasuries, seeing them as the safest way to store money.

Advantages and Disadvantages of Reserve Currencies

There are advantages and disadvantages for the U.S. to have its Dollar as the top global reserve currency. On the plus side, it reduces transaction costs and exchange rate risks, especially in commodities, which are often quoted and settled in dollars.

Higher demand also means reduced borrowing costs, and the U.S. can borrow in its own currency without worrying about having to prop up the Dollar to avoid default. On the other hand, lawmakers have taken advantage of reduced borrowing costs for the U.S. through loose spending, which has contributed significantly to the nation’s skyrocketing debt levels.

Why the Dollar Could Lose its Top Reserve Currency Status

Russia’s invasion of Ukraine is one reason some economists are considering whether the U.S. Dollar will lose its status as the top global reserve currency. According to multiple news outlets, including The Hill, Washington has effectively weaponized the dollar by heaping layer after layer of sanctions on Moscow. The U.S. has even cut off Russia’s access to its foreign currency reserves, potentially leading other countries to question whether they can trust the U.S. not to turn on them at some point.

A key concern for the Dollar’s dominance is the nation’s soaring debt. The U.S. has been printing money for years, and the pandemic was the most recent reason for doing so. Of note, CoinDesk reports that the franc lost its status as a reserve currency in the 1960s when the French government started printing money to deal with the Algerian Revolution.

However, inflation is now skyrocketing, which debases the Dollar, and other countries could start to worry that the U.S. can’t repay its debts.

Bloomberg contributor Robert Burgess recently argued the opposite side. He noted that it won’t be easy to replace the Dollar as the reserve currency of choice for the world, despite signs that reserve demand is declining. For example, Burgess noted that less than 3% of global currency reserves are in the Yuan despite China’s concerted efforts over the last 10 years to try to make it a viable alternative to the Dollar.

He also pointed out that the benefits of holding reserves in dollars is that the U.S. markets are significantly more liquid and deeper than other markets. The $23 trillion U.S. Treasury market is more than twice the size of the government bond market in Japan, and Japan’s central bank owns the vast majority of its own bonds. In Europe, the U.K., Germany, Italy and France all have government bond markets that are less than $3 trillion.

Bloomberg also suggested that China’s threat to switch from the Dollar to the Yuan for oil pricing is a political move aimed at pressuring Washington for more consideration. The news outlet pointed out that the Saudi Riyal is pegged to the Dollar, so switching to the Yuan for oil would cause blowback on the kingdom.

Do you think the U.S. will lose its status as the world’s reserve currency in the coming years? Weigh in with your answer in the comments below.