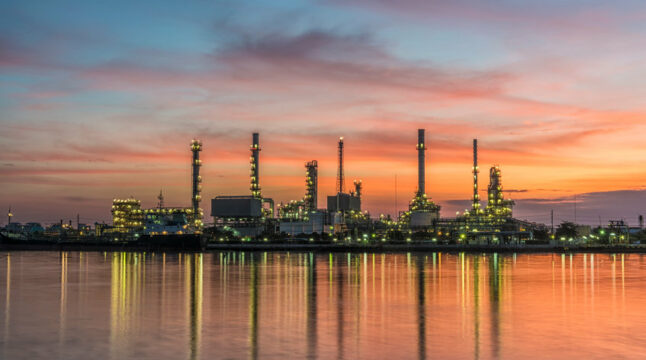 Saudi Arabia has accelerated talks with China regarding pricing oil in Yuan as its economic relationship with the US continues to diminish.

Saudi Arabia is once again in discussions with China regarding pricing oil in Yuan. While there have been such talks for the last six years, reports now claim that Saudi’s growing dissatisfaction with the decades-old US security commitments to defend the kingdom has accelerated the talks.

Meanwhile, oil prices have expedited their downward trend in recent days. After registering heavy losses on Tuesday and Monday, oil prices are now down by around 30% in a week.

The Saudis, who are allegedly not content with the Biden administration’s effort to ink a deal with Iran and the fact that the US has abstained from intervening in the Yemen civil war, are moving closer toward China. The kingdom is actively considering pricing oil in yuan for China, which buys more than 25% of the oil exported by Saudi.

The move comes as Saudi’s relationship with the US continues to exacerbate under President Biden. In early 2021, the US released a 2018 intelligence report that presumed the murder of Jamal Khashoggi by Saudi Arabian agents in Turkey was done “on behalf” of and “approved” by Saudi Crown Prince Mohammed bin Salman.

Likewise, the US economic relationship with the kingdom is diminishing. In the early 1990s, the US imported 2 million barrels of Saudi crude per day. However, that figure has fallen to less than 500,000 barrels a day in recent years.

On the other hand, China has been primarily importing crude oil from Saudi Arabia, buying 1.76 million barrels a day in 2021. China has even tried to expand its relationship with the kingdom, offering great incentives to the Saudis. A Saudi official said to the Wall Street Journal:

“The dynamics have dramatically changed. The U.S. relationship with the Saudis has changed, China is the world’s biggest crude importer and they are offering many lucrative incentives to the kingdom. China has been offering everything you could possibly imagine to the kingdom.

After the oil crisis in the mid-1970s, which caused prices to spike to record levels, the US inked a deal with Saudi Arabia to standardize oil prices in dollar terms. The consequence of the deal was the birth of the petrodollar system, which, in turn, elevated the USD to the world’s reserve currency.

The petrodollar system provides the US with a source of liquidity and foreign capital inflows through petrodollar “recycling,” which is the international spending of a country’s revenues from petroleum exports. The system has also enabled the US to enjoy persistent trade deficits and become a global economic hegemony

However, China inking a somehow similar deal could undermine the position of the US dollar as the world’s reserve currency. Should the US dollar lose its position as the reserve currency, the ramifications would be catastrophic for the country, according to economist Gal Luft, co-director of the Washington-based Institute for the Analysis of Global Security.

“The oil market, and by extension the entire global commodities market, is the insurance policy of the status of the dollar as reserve currency. If that block is taken out of the wall, the wall will begin to collapse.”

Nevertheless, some in the crypto community believe the world needs a reserve currency that is not controlled by any government or other centralized entity. Timothy Stebbing, Product Lead at the Dogecoin Foundation, said:

“I think the world needs a reserve currency that’s not controlled by the USA or China to avert a global conflict & changing world order. Decentralized crypto can do that but there’s too many games being played to control how it can be sanctioned. Global > national perspective.”

Global oil prices, which experienced a dramatic spike following the Russian invasion of Ukraine, have corrected sharply over the past couple of days. Brent crude oil settled below $100 per barrel on Tuesday, after it had leaped above $139 per barrel just last week, representing a drop of around 30% in a week.

Jeffrey Halley, a senior market analyst at Oanda, said possible improvements in talks between Russia and Ukraine and the forthcoming hike by the Federal Open Market Committee (FOMC) have impacted the prices.

Do you think Saudi Arabia would agree to price oil in yuan or would it back off? Let us know in the comments below.