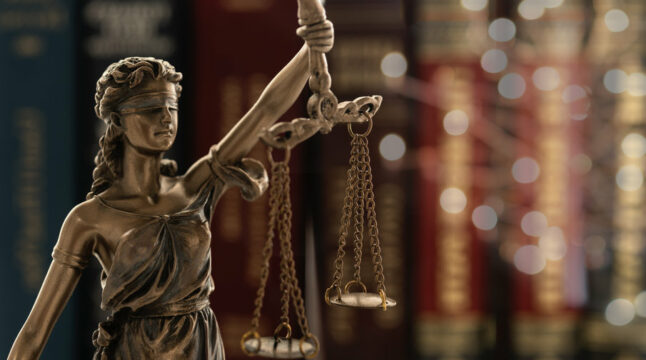 As its first activity, the fund would take over a case pursued by the self-proclaimed Satoshi Nakamoto against Bitcoin developers.

Jack Dorsey, the former Twitter boss and Block’s CEO, has proposed the development of a “Bitcoin Legal Defense Fund.” The fund will provide legal support to the Bitcoin developer community, and help create a coordinated and formalized defense against litigation and legal threats that developers often face today.

In an email to Bitcoin developers, Dorsey shared his idea of creating a fund that would defend Bitcoin developers against litigation. He justified the need for this saying that litigation and continued threats against independent, open-source developers are hurting the network, forcing individual defendants to capitulate in the absence of legal support.

“In response, we propose a coordinated and formalized response to help defend developers. The Bitcoin Legal Defense Fund is a nonprofit entity that aims to minimize legal headaches that discourage software developers from actively developing Bitcoin and related projects such as the Lightning Network, Bitcoin privacy protocols, and the like.”

The fund would retain defense counsel, develop litigation strategy, and pay legal bills to defend developers who are sued for their activities in the Bitcoin ecosystem. Dorsey detailed that the fund would start its mission with a number of volunteer and part-time lawyers, with the board being responsible for determining which cases to accept.

As its first activity, the fund will “take over coordination of the existing defense of the Tulip Trading lawsuit.” The notorious case in the crypto space targets numerous BTC developers. It was filed by Craig Wright, a man who claims to be Satoshi Nakamoto and to have created the Bitcoin network.

In February 2021, Wright and Ontier LLP, a UK-based litigation law firm, announced their aim to pursue legal action against a dozen Bitcoin developers over an alleged hack that resulted in Wright losing over $4 billion worth of BTC. Wright aims to make the developers recover the supposedly stolen money.

Dorsey, alongside Alex Morcos, co-founder of Chaincode Labs, and Martin White, an academic at the University of Sussex, have signed the email as the “Bitcoin Legal Defense Fund Board.” The trio added that the Fund is not looking to raise more money at this time, but may do so in the future.

In late November 2021, Dorsey announced that he was stepping down as Twitter CEO. The crypto community speculated that he would work more on Bitcoin and Block (at the time, ‘Square’), as he is known to be a Bitcoin maximalist. When Square changed its corporate name to Block in December, the speculation moved closer to being true.

Meanwhile, Dorsey’s Block is working on a decentralized bitcoin exchange, dubbed tbDEX. The project was initially unveiled by Dorsey in mid-July but released its whitepaper in late November. Reportedly, the tbDEX project intends to fill the gap between the fiat and bitcoin worlds and remove the need for third parties to conduct business between willing participants.

“We propose a solution that does not rely on a federation to control permission or access to the network; nor does it dictate the level of trust required between counterparties. There is no governance token. Instead, the tbDEX protocol allows participants to negotiate trust directly with each other — or mutually and voluntarily rely on trusted third parties to vouch for the counterparty.”

Arguably, the new fund might also be able to provide legal services for the open source contributors to the upcoming DEX.

Do you think the Bitcoin Legal Defense Fund might convince more developers to work on the Bitcoin network? Let us know in the comments below.