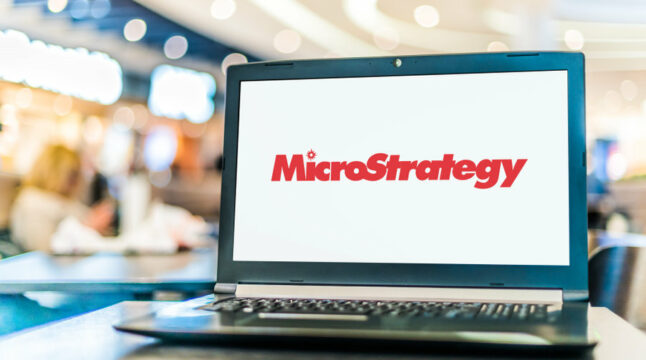 MicroStrategy doesn't think it's fair to investors to include BTC impairment loss in financial statements.

Continuing on its downward trajectory, Bitcoin dipped by 10% over the last five days and went under $35k for the first time since last July. This is not good news for one of the biggest crypto whales, Michael Saylor’s MicroStrategy. Additionally, the company has recently been requested by the SEC to update its accounting procedures for valuing its most-prized asset.

Although not as big as Grayscale (GBTC) in terms of Bitcoin holdings, MicroStrategy accumulated 124,391 BTC by the end of 2021. Outside of Bitcoin’s bearish momentum, the company has found itself in a pickle with the Securities and Exchange Commission (SEC). On December 3rd, the SEC informed the company to revise its non-GAAP filing when accounting for its BTC holdings.

In the US, GAAP stands for Generally Accepted Accounting Principles. One of them is the methodology by which a company’s income is calculated. The accepted standard is to have an asset recorded at its cost, but adjusted if it goes down. Contrary to this “impairment adjustment”, if the asset goes up, it shouldn’t be accounted for in the income report until it is sold.

In other words, an impairment loss adjustment should be recorded as a loss in an income statement, under GAAP. Effectively, it means MicroStrategy’s Bitcoin holdings should account for dips but not for pumps. The value of the asset must stay at the lowest point until it is sold, according to the standard.

Of course, the standard has been established long before anyone even thought of digital technology, let alone cryptocurrency.

However, MicroStrategy has been omitting cumulative impairment loss from its reports to the SEC, something that Square, another crypto-weighted company, has been including. Instead, MicroStrategy based the value of its holdings on Bitcoin’s market price at 4:00 pm EST on the last day of each period, disregarding the fact that the GAAP standard doesn’t allow a company to increase the asset’s valuation until it is sold.

At press time, MicroStrategy’s 124,391 BTC is worth about $4.3 billion. On December 30, it was worth just over $4.7 billion. The business intelligence company went all into Bitcoin in 2020, even hosting Bitcoin for Corporations conferences. It was after one such conference that Elon Musk’s Tesla bought $1.5 billion worth of BTC.

In fact, Michael Saylor had a direct exchange with Elon Musk on Twitter, which he believed to have caused the switch.

If you want to do your shareholders a $100 billion favor, convert the $TSLA balance sheet from USD to #BTC. Other firms on the S&P 500 would follow your lead & in time it would grow to become a $1 trillion favor.

In times of bullish periods, it was easy to make such calls. However, cryptocurrency is a volatile asset, bound to go up and down, which is a feature many investors count on to make a profit. For this reason, MicroStrategy took an initiative and brought GAAP rules to the realities of the crypto market. For instance, in its Q3 2021 report, it stated the following:

“MicroStrategy believes that these non-GAAP financial measures are also useful to investors and analysts in comparing its performance across reporting periods on a consistent basis.”

This stands to reason with a digital asset like Bitcoin, which goes through cycles, but on an overall upward trajectory. When established, the GAAP standard simply didn’t account for this type of asset. If taken strictly at value, this could make the company go through wild devaluation swings from which they cannot recover.

Nonetheless, MicroStrategy will adjust its reporting as of December 16, 2021, as stated in a direct response to the SEC:

“The Company will revise its disclosures of non-GAAP measures in future filings to remove the adjustment for impairment losses and gains on sale related to bitcoin, as requested by the Commission.”

Should GAAP Be Updated?

In finance, there is a specific norm that could be applied to update the GAAP standards. It is called goodwill, an intangible asset that is used to internally evaluate a company. Commonly, goodwill is used as a metric after a company merger. For example, when Microsoft announced plans to acquire Activision Blizzard for $68 billion, it likewise announced the intent to buy all of its IPs, customer base, brand, talent, and all other intangible assets.

Being non-physical, cryptocurrencies like Bitcoin can also be viewed as intangible assets. At least, to the point of not applying the GAAP rule by excluding cumulative impairment loss. In the meantime, MicroStrategy’s (MSTR) stock performance is in lockstep with Bitcoin.

Due to other costs involved in running a business intelligence company, MSTR took an even greater hit than BTC, going into a negative 11% more than Bitcoin’s -29% month-long underperformance. The last time MicroStrategy bought Bitcoin was on December 30, 2021.

Precisely, 1,914 bitcoins at $49,229 per BTC. The fall from today’s BTC price represents a 37% drop, just an inch from the MSTR stock price plunge by 40%. The upcoming Fed tapering policy, its impact on the stock market, and Biden’s executive order on crypto policy are poised to impact the crypto market, one way or the other.

Do you think crypto-weighted companies should be exempt from GAAP rules? Let us know in the comments below.