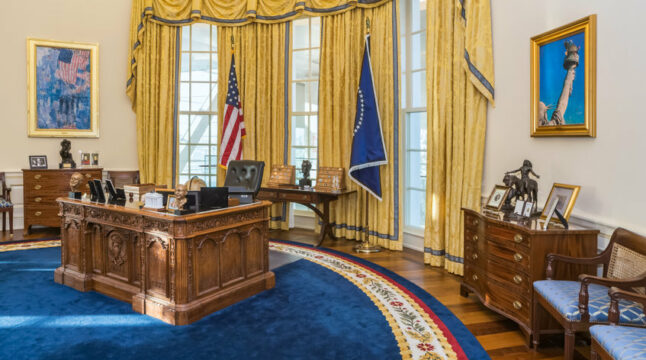 The directive would put the White House at the center of the US government's efforts to regulate digital assets.

The Biden administration reportedly intends to announce its strategy to regulate digital assets by as soon as February. It could be the first coordinated move by the US government to propose a regulatory framework for the largely unregulated crypto industry.

The White House is preparing an executive order to announce its crypto policy and tasking several federal agencies to assess the risks and opportunities offered by the industry.

Officials have already held meetings on the directive, which would put the White House in a central role supervising moves to regulate cryptocurrencies in the US.

The plan is being drafted as an executive order and would be presented to President Joe Biden within the next few weeks, Bloomberg reported on Friday, citing people familiar with the matter. The draft discusses regulatory, economic, and national security challenges presented by crypto assets.

The draft would also require some agencies to prepare reports which will be due in the second half of the year. One agency that would need to produce such a report would be the Financial Stability Oversight Council (FSOC), a federal government organization charged with identifying risks to the country’s financial stability.

The FSOC’s report would examine the possible systemic effects of crypto assets. However, another report would inspect the use of digital assets in illegal activities. Reportedly, various agencies from the State Department to the Commerce Department will be tasked to provide their inputs on the plan.

The Biden administration is also anticipated to weigh in on the possibility of the US moving forward with plans to issue a digital dollar, otherwise known as a central bank digital currency (CBDC). However, since the Federal Reserve is still considering this matter, the administration might not take a firm position yet.

Last week, the Fed released its much-anticipated report on CBDC, exploring the pros and cons of issuing a digital dollar. While the central bank did not take a position on the issuance of a CBDC in its 40-page document, it asked for public feedback. The report said:

“A CBDC could fundamentally change the structure of the U.S. financial system, altering the roles and responsibilities of the private sector and the central bank.”

It is worth noting that federal agencies have been approaching digital assets in a scattered manner. For instance, in early 2021, treasury secretary Janet Yellen suggested cracking down on digital assets due to their use in illicit activities. She said at the time:

“Cryptocurrencies are a particular concern. I think many are used — at least in a transaction sense — mainly for illicit financing. And I think we really need to examine ways in which we can curtail their use and make sure that money laundering doesn’t occur through those channels.”

However, in late 2021 SEC Chair Gary Gensler said that the central bank has no intentions of announcing a blanket ban on cryptocurrencies. He detailed that it would be up to Congress to decide on a crypto ban.

Meanwhile, the crypto market experienced a steep sell-off over the weekend. The crash, which saw billions of dollars wiped out of the market, is partly attributed to Russia’s possible crypto ban.

Do you think the upcoming regulatory clarity would benefit the industry? Let us know in the comments below.