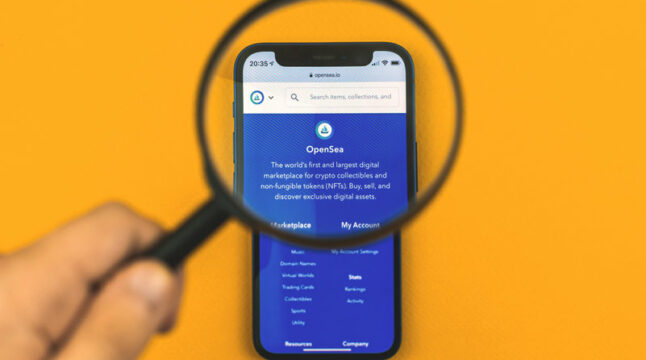 How OpenSea Captured 97% Of The NFT Market

OpenSea is the dominant NFT marketplace accounting for over 97% of the market share — here's how it did it.

Such a level of control is scarce in other industries outside of the digital world. OpenSea, the NFT marketplace, commands almost the entirety of the emerging NFT, accounting for more than 97% of the market, beating both Google and Facebook in terms of market share it its respective field.

How Did OpenSea Get Off To a Flying Start

November 28, 2017, represented the official launch of the very first NFT project. Dubbed CryptoKitties, the digital cats generated significant interest at the time when one item in the collection, called “Genesis,” sold for 247 ETH, approximately $118,000 at the time — or $1.1 million at today’s prices.

CryptoKitties were launched as ERC-721 based tokens, with ERC-721 acting as the underlying infrastructure for the project. Devin Finzer, co-founder and CEO at OpenSea, who witnessed the meteoric rise of CryptoKitties, decided to create a marketplace for these assets. In an interview with The Generalist, Finzer said:

“What led us to think this could be much bigger [was that] there was a standard for digital items…Everything that came out after CryptoKitties would comply with that same standard.”

However, Finzer was not the only one hit by the idea of building a solution in the space. Rare Bits, a rival project to OpenSea, seemed to have the talent to create a superior NFT marketplace, particularly as it was composed of four ex-Zynga employees.

In February 2018, OpenSea and Rare Bits launched simultaneously on Product Hunt. OpenSea described itself as “​​eBay for cryptogoods,” while Rare Bits said it was “A zero fee eBay-like marketplace for crypto assets”. Rare Bits beat OpenSea in terms of fundraising, securing $6 million compared to OpenSea’s $2 million.

In the long run, OpenSea managed to attract more investors by staying focused and improving its core product. By 2019, Rare Bits had gone out of business, but OpenSea was just starting. Finzer noted:

“[It was our] willingness to be in the space for the long haul, regardless of the immediate growth trajectory. We wanted to build a decentralized marketplace for NFTs, and we were fine for it to be small for 3-4 years.”

Notably, OpenSea maintained a small team for the first few years. Even by late 2020, the company had just seven employees, making it relatively easy to weather the crypto bear market and remain patient until NFTs shot up.

Under The Hood of OpenSea

OpenSea might appear to be a simple product — after all, it is merely a marketplace for buying and selling NFTs. However, the fact that it accounts for a sizable majority of the market share relates to how it’s been built.

The company’s easy-to-use listing features, robust filtering and cataloging system combined with its wide breadth of assets might be the major factors contributing to its dominance. It only takes a few clicks to launch an NFT on OpenSea. Alex Gedevani from crypto researcher Delphi Digital described this, saying:

“[OpenSea’s] emphasis on being a permissionless market for NFT minting, discovery, and trading [explains its market share accrual]. This enabled the long tail of creators to easily onboard given a low barrier to entry relative to other platforms.”

Furthermore, OpenSea allows users to filter and search projects using a wide set of parameters. “People under-appreciate how important search and discovery is for NFTs,” said Richard Chen, General Partner at 1confirmation, insisting that such tools make a huge difference to buyers.

Given its robust platform, OpenSea’s lead might look impregnable. However, established players are entering the space resulting in increased competition, which may lead to OpenSea losing some of its market share.

For instance, three of the top five centralized crypto exchanges launched their own NFT marketplace during the last couple of months. The latest of these exchanges was Coinbase, which unveiled its NFT platform in mid-October.

More recently, Rarible, an NFT marketplace and a rival to OpenSea, unveiled a new feature that enables artists to mint NFTs at no cost. Considering that minting NFTs, which come at high costs especially during network congestion, is a barrier to entry for many, Rarible might become a preferred choice for artists.

Aside from increasing competition, OpenSea comes with certain drawbacks that might drive away some traders. The platform charges a 2.5% fee in addition to the sometimes incredibly high ETH gas fees. In comparison, some marketplaces charge no fee.

Moreover, since OpenSea is entirely centralized and has not issued a token to distribute governance among its community, it violates crypto’s fundamental “laws”: The Law of Fluid Power and The Law of Fluid Wealth. The emergence of a rival platform with adherence to such laws could stand to undermine OpenSea’s dominance.

In addition, besides the Ethereum blockchain, OpenSea does not support other popular blockchains like Solana, Cardano, and Tezos. With its fast speed and negligible fees, Solana has grown in popularity over the past year, making it the preferred blockchain for many crypto traders.

Do you think OpenSea will manage to hold its position as the superior NFT marketplace? Let us know in the comments below.