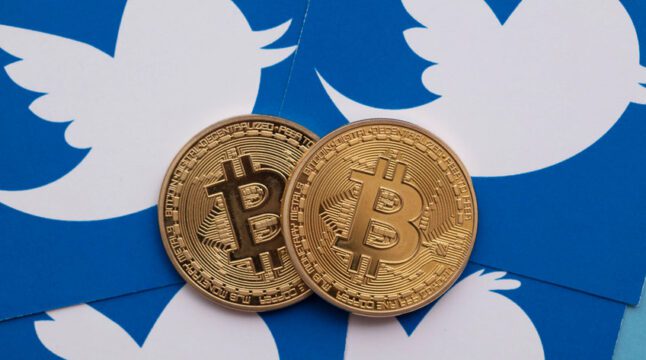 A number of Tiwtter users have underscored what this new move will mean for Bitcoin adoption.

On Wednesday, Twitter rolled out its highly-anticipated Bitcoin tipping feature for IOS users. The social media platform also unveiled its intentions to support authentication for NFTs, which would allow users to track and showcase their NFT ownership on Twitter.

Following the announcement, Twitter’s stock price rose by around 4%, providing a boost in confidence for investors. A similar effect was seen in Tesla’s share price back in February when the carmaker announced a $1.5 billion purchase of BTC – resulting in a 2% share price rise. While the firm dropped the functionality later citing environmental concerns, it will “most likely” accept Bitcoin again.

Twitter is the first social media platform to integrate Bitcoin with its platform. This could mark an intention to compete with rival platforms like Facebook that have previously shown interest in the crypto space with their Diem project.

“We believe we can continue to incentivize the types of conversations that people want to see.”

Twitter’s new tipping system is a hybrid of the karma and upvoting system on Reddit combined with the tipping seen on platforms such as Twitch – where streamers can receive donations from their supporters.

The US microblogging service also said it plans to launch a fund that will pay users that host audio chat rooms on its new Spaces feature. The fund would be aimed at creators who host recurring audio programming on Spaces.

Twitter also revealed it will add a feature to verify NFT ownership, allowing users to showcase their NFTs on the platform. Discord has previously done this using platforms like Collab-Land for MetaMask integration, so it will be interesting to see if Twitter does a similar thing or creates its own tool for this in-house.

Following the announcement, a number of users took to Twitter to express their thoughts on the development. Hinting at how this new feature would push more people towards Bitcoin, and cryptocurrencies as a whole, @cjking711 said this marks crypto’s “Netscape” moment.

Netscape was once the dominant internet browser until Internet Explorer took over. The comparison is apt, as Netscape was the first browser to attempt to push forward the capabilities of the World Wide Web – much like Twitter is doing here with Bitcoin and blockchain payments.

The economic hardship caused by the pandemic has arguably pushed more people towards the crypto industry, triggering unprecedented Bitcoin adoption. That situation continued into 2021, when the Consumer Price Index for All Urban Consumers (CPI-U) reached 2008 levels, convincing many to turn to cryptocurrencies to hedge against inflation.

Overall, the events of 2021 have proved to have been a strong driver for Bitcoin adoption. Mentioning this, @TheMoonCarl said that Twitter’s 350 million users are now potentially exposed to Bitcoin.

Twitter has seen a boost to its active userbase this year and actually beat Wall Street estimates for how the platform would perform. This is in contrast to a few years ago when its userbase was said to be in decline.

Another suggestion made by @PrestonPysh was for users to have the option to allow any received donations to be sent to Bitcoin developers instead.

However, not everyone is celebrating the new functionality. Since Twitter is not really a creator hub, one user, @iamDCinvestor argued there is not much need for a tipping feature.

Nevertheless, data by the leading blockchain analysis firm Glassnode reveals that Bitcoin Lightning Network is currently at an all-time high, up by around 226% from the 2019- 2020 levels.

Do you think Twitter’s Bitcoin tipping service will push more people to adopt crypto? Let us know in the comments below.