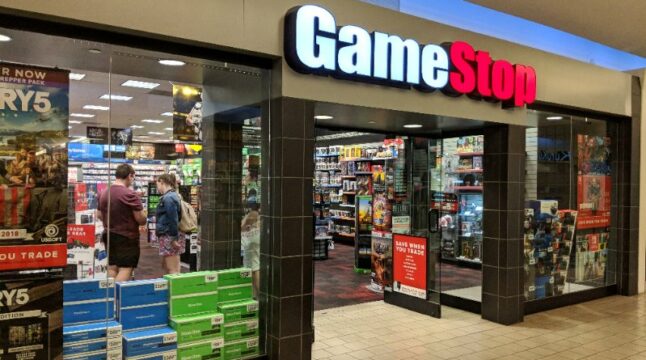 GameStop’s NFT Marketplace Fails to Impress on Launch, But Can it Spur Mainstream Adoption?

GameStop's NFT marketplace brought about $45,000 in transaction fees during its first 24 hours.

GameStop (GME) announced the launch of its highly-anticipated NFT marketplace on Monday. The video game retailer’s dive into NFTs is considered an attempt to reinvent its business and capitalize on the nascent crypto and NFT markets.

However, despite all the hype, the NFT marketplace brought GameStop about $45,000 in transaction fees during the first 24 hours, which is a minimal drop in the bucket for a company of that size.

On Monday, GameStop announced the long-awaited debut of its NFT marketplace in a bid to reinvent it’s business and cash in on consumer adoption of digital assets. The platform, which is now open to the public, allows users to purchase NFTs by connecting their digital asset wallets, including the recently launched GameStop Wallet.

GameStop first unveiled plans to launch an NFT marketplace in May 2021. At the time, the gaming retailer released a website named nft.gamestop.com, which included a call to action for developers, engineers, and community leaders. By late 2021, the company had posted several NFT and “Web3 gaming” job positions.

GameStop has also recently launched its Web3 wallet. Dubbed the GameStop Wallet, users can utilize it to interact with the company’s NFT platform. “Store, send, and receive NFTs. Easily connect to the upcoming GameStop NFT marketplace and trade NFTs from anywhere,” the wallet’s website says.

Meanwhile, the marketplace managed to bring about $45,000 in transaction fees during the first 24 hours. Considering that the game retailer brought in over $6 billion in net sales (or $16.5 million per day) in its last full fiscal year, the revenue from the marketplace is a mere drop in the bucket.

It is worth noting that the NFT marketplace’s poor performance can be contributed to the overall bad NFT market conditions, which have seen a significant drop in trading volume over the past couple of weeks. According to data by The Block, NFT monthly volume has dropped to the lowest level since July 2021.

GameStop, once a go-to for video games and consoles, has been expanding its offering of digital services and online products, which is evident from the launch of its NFT marketplace and crypto wallet. While these new services could help the once struggling video game retailer to cash in on emerging technologies, they can also provide a boost to the adoption of NFTs.

It is no secret that GameStop is quite popular among retail traders, who helped fuel a so-called meme frenzy last year. This puts the video game retailer in a unique position to attract retail traders to its NFT marketplace, which can also boost the adoption of digital assets.

Moreover, GameStop said that over time its marketplace “will expand functionality to encompass additional categories such as Web3 gaming, more creators and other Ethereum environments.” This can also help attract crypto and blockchain gamers as well as other crypto-native users.

Meanwhile, the excitement around GameStop’s NFT marketplace has also positively impacted the company’s shares, which closed the day up by more than 5%. The company’s shares are also currently in the green in pre-market, up by around 1%.

How do you think GameStop’s NFT marketplace would affect the overall NFT market? Let us know in the comments below.