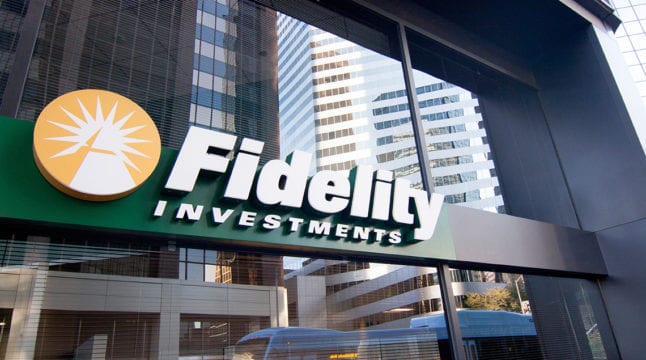 Did the GME/AMC saga cause a mass exodus of users to Fidelity?

Trading and asset management platform, Fidelity Investments, has announced it will be doubling its workforce by adding 9,000 new jobs. This comes after its significant growth in Q2 2021. This may spell bad news for its rival, Robinhood, who has been facing stunted growth throughout the year.

Fidelity’s Popularity – and Demand – is Soaring

Fidelity is having an impressive year. According to its Q2 report, the firm saw 1.7 million new retail accounts, a 39% increase from last year, and 4.1 million new accounts in Q1, a whopping 156.3% from last year’s report.

In response to this, Fidelity has chosen to expand its workforce by adding 9,000 new jobs, covering a multitude of positions such as client-facing, tech, business support, and product creation roles. The company’s plan to rapidly increase employees can be tracked against its user activity, particularly its increase in new accounts and average daily trades.

To match the ongoing demand, Fidelity predicts it will need a total of 16,016 workers. Interestingly, 44% of its hires will be client-facing, meaning customer service jobs and other roles involving direct contact with customers. Fidelity is bringing more people on board, specifically to help with its retail traders, rather than, for instance, managing technical concerns.

However, this may not all be good news– Wall Street is historically known to hire when money is flowing through the markets, only to slash its employee numbers when bear markets arise. Considering how the markets are looking optimistic at the moment, despite continued worries of an economic downturn, Fidelity could be falling into the same trap.

While they are the first major asset management firm to announce a huge increase in hires, other competitors could soon do so, too, considering numerous firms reporting expansive growth so far in 2021. If the market continues to increase, then we may see a wave of hires similar to Fidelity’s.

It is worth considering what exactly has triggered Fidelity’s massive rise in its user base. While the general growth of the stock market is sure to be one aspect, it is unlikely to be the full picture. One question to ask is whether the platform was able to capitalize on the failures of its rival, Robinhood.

There is no doubting Robinhood’s diminshed its reputation in early 2021. Ever since it placed restrictions on stocks such as GME and AMC earlier in the year, traders have been cautious about using the platform. A study conducted in February, at the height of the GME saga, found 56% of Robinhood account holders were considering leaving the platform.

In fact, switching from Robinhood to Fidelity was a regularly discussed topic on the WallStreetBets subreddit at this time. Users were consistently moving platforms throughout January and February.

Despite this, from Q1 to Q2, Robinhood’s monthly active users actually increased from 17.7 million to 21.3 million. It is still possible for a large number of its original users to have left, but this is not captured within the data.

There is, however, a caveat to this. Despite an influx of monthly active users, its average revenue per user dropped significantly in Q2. A possible reason could be wealthier retail traders leaving the service, possibly moving to others such as Fidelity, or even an outflow of crypto traders as Coinbase reported an influx of trading volume and revenue in the same quarter.

Robinhood’s diminished revenue per user could also reflect its Q2 2021 net income losses. It is no secret the company has been struggling to break even throughout the year.

With this in mind, it is certainly possible for Robinhood’s poor reputation to have helped Fidelity expand. If true, then this could just be the start of the company’s poor performance. If Robinhood does not manage to earn a profit, then it could soon find itself in freefall, especially considering a potential PFOF ban announced by the SEC, which has already hurt $HOOD’s performance.

Do you think Fidelity was able to capitalize off Robinhood’s failures within the year? Let us know in the comments below.