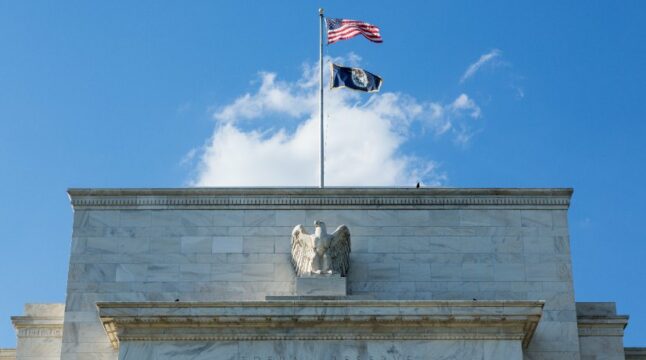 BlackRock believes the Fed is driving the economy into a recession that would cost 3 million jobs.

The US Federal Reserve is on the fastest rate hiking cycle in more than 40 years. Just last month, the central bank increased the benchmark interest rate by another 0.75% and claimed that it would resume hiking rates until it hits a “terminal rate” of 4.6% in 2023.

The Fed has already seen positive improvements, with inflation easing in August. The central bank is looking for evidence that core inflation is on a strong 2% trajectory beyond 2023. However, BlackRock analysts don’t believe in a “soft landing,” expecting a recession that would wipe out 3 million jobs.

US Inflation Eases in August Amid 5th Rate Hike

Inflation in the U.S. eased to 8.3% in August, from July’s 8.5%. The figure still exceeded the Wall Street expectations of around 8% on an annual basis. Moreover, inflation increased by 0.1% month-over-month, while analysts were projecting a 0.1% drop.

Inflations appear to be on a downward trajectory, but the central bank seems determined to continue rising rates — at least until it hits 4.6% by the end of 2023. This might help bring inflation down to the 2% target, but it would cost a recession, according to BlackRock analysts.

BlackRock Expects Recession that Would Wipe Out 3M Jobs

In a recent report, BlackRock analysts said Fed’s predictions are too optimistic. “This soft landing doesn’t add up to us,” they said, claiming that achieving the 2% inflation target would cost the US a recession that would wipe out 3 million jobs. They said:

“We think quashing inflation that quickly amid constrained production capacity would take a recession – a roughly 2% hit to economic activity and 3 million more unemployed. We think the Fed is not only underestimating the recession needed but ignoring that it’s logically necessary.”

The report detailed that two factors are currently driving inflation. The first one is labor shortage because those who left the workforce during the pandemic haven’t returned yet. Second, the economy “wasn’t set up to match consumer spending’s massive shift from services to goods that haven’t fully reversed even as the world moves on from the pandemic.”

The analysts said that central banks can’t fix these constraints. In return, they make a “brutal trade-off,” triggering a deep recession by hiking rates. “The Fed’s forecasts don’t acknowledge this trade-off. It reconciles this by assuming production constraints will rapidly dissolve, causing inflation to fall quickly.”

“We think the Fed is underappreciating the economic damage needed to bring inflation down quickly to target. We see persistent inflation and recession next year in the US.”

Do you think the US is heading toward a recession? Let us know in the comments below.