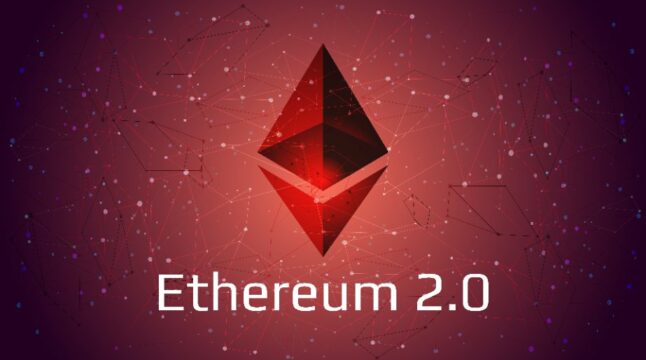 The Merge is expected to make Ethereum more efficient, secure, and scalable.

Ethereum’s much-anticipated Merge upgrade has eventually taken place, after approximately six years in the making. Despite all the hype and chatter, the upgrade has not left a major impact on the price of Ethereum, which is currently down by more than 2% over the past 24 hours. However, the upgrade has fundamentally changed the way Ethereum operates, making the network significantly more efficient, secure, and scalable.

The Merge Has Finally Happened

Today at around 06:42:42 UTC at block 15537393, after the Terminal Total Difficulty (TTD) hit 58750000000000000000000, the long-awaited Merge saw the merging of the Ethereum mainnet execution layer and the Beacon Chain’s consensus layer. On the surface, this means that Ethereum no longer uses a proof-of-work (PoW) consensus mechanism to verify transactions.

The Ethereum Foundation, along with Ethereum co-founder Vitalik Buterin, were doing the final countdown in a live stream hosted on YouTube. During the live event, called “Ethereum Mainnet Merge Viewing Party,” the Ethereum mastermind detailed how the Merge is the beginning of Ethereum’s move toward a more scalable network. He said:

“The Proof-of-Stake (PoS) mechanism will make blocks finalize more quickly, and hopefully, the protocol is easier to secure. A whole bunch of protocol improvements are also happening. In solving scalability, we are going to see a bunch of privacy applications start coming up in the next couple of years.”

Why is The Merge Important for Ethereum?

In the first place, the Merge has removed the need for miners. Instead, validators are now responsible for verifying transactions and securing the network. This will make Ethereum much more energy efficient, with some estimates claiming the network would now consume 99.9% or so less energy.

Another immediate impact of the Merge is the expected massive supply shock. Ethereum used to print thousands of new tokens per day to incentivize its vast network of miners to keep their operations running in order to secure the network. Now that there is no need for miners, that printing machine will also be put to rest. More precisely, Ethereum issuance has dropped by 90% since the Merge happened.

Ethereum developers also claim the upgrade will make the network more secure and scalable. The PoW Ethereum could only support around 30 transactions per second, which is clearly not enough for the $60 billion Ethereum ecosystem that includes hundreds of cryptocurrency exchanges, lending companies, NFTs, and Dapps. However, the network will be able to handle up to one hundred thousand transactions per second once the Ethereum 2.0 upgrade is completed.

Moreover, the update is expected to leave a positive impact on the broader crypto network. That is by reducing the amount of energy the crypto market uses while reminding everyone that the industry is moving toward innovations and advancements.

A group of Ethereum miners spearheaded by Chandler Guo, a prominent crypto miner, have expressed intentions to fork Ethereum as it moves to PoS. According to the EthereumPoW (ETHW) official Twitter account, the fork is slated to happen in the next 24 hours.

Some major crypto exchanges including FTX and Bybit plan to support the ETHW fork. The world’s largest cryptocurrency, Binance, has also announced that it plans to credit users’ accounts with tokens from any forked versions of Ethereum created during the network’s merge. Coinbase has said it will “evaluate any potential forks.”

Meanwhile, despite all the hype around Ethereum, the Merge has not impacted the ETH price. As of now, Ether is trading around $1,600, largely flat over the past 24 hours.

Do you think the Merge is priced in? Let us know in the comments below.