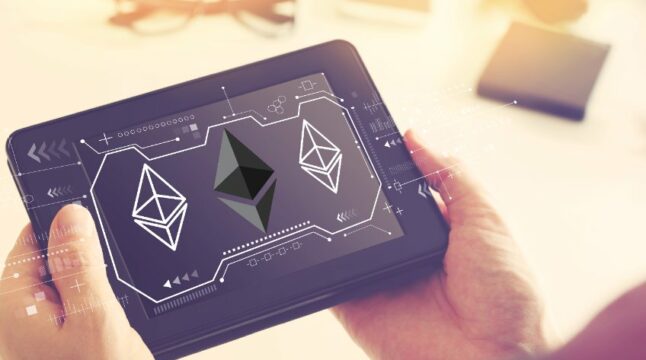 ETHW has reportedly airdropped on the crypto derivatives exchange FTX, just hours after the long-awaited Merge was completed.

ETHW has reportedly airdropped on FTX, according to multiple highly credible crypto accounts on Twitter. The rumors of an airdrop emerged shortly after FTX announced it has listed the Ethereum Proof of Work (ETHW) spot market following the completion of the long-awaited Merge.

Widely followed Twitter accounts are reporting that EthereumPoW (ETHW) has just airdropped on the crypto derivatives exchange FTX. One of the first accounts to report this is the prominent crypto enthusiast @cobie, followed by nearly 740,000 people on Twitter.

In addition, numerous major Ethereum mining pools are also expected to announce their support for ETHW after the merge. These pools include F2Pool, Poolin, and BTC.com, and the support for ETHW mining is anticipated to come after a planned hard fork.

Miners Oppose the Merge to Create a New Cryptocurrency

Following the Merge, which saw Ethereum transition from the Proof-of-Work (PoW) to the Proof-of-Stake (PoS) model, the world’s second-largest blockchain stopped relying on miners. This left countless in the mining community with expensive mining rigs that cannot be used longer for mining ETH.

As a result, a group of miners moved to create a new cryptocurrency, ETHW, via a hard fork. According to @EthereumPoW on Twitter, Ethereum’s PoW fork is set to occur 24 hours after the Merge.

“…Everything including final code, binaries, config files, nodes info, RPC, explorer, etc. will be made public when the time’s up.”

But apart from miners, the Merge was welcomed by many in the crypto community and is seen as arguably the biggest development in the industry this year. The shift to the PoS model is expected to reduce Ethereum’s carbon emissions by more than 99%, addressing one of the cryptocurrencies’ main critiques.

Do you think ETHW will gain more traction after the Merge? Let us know in the comments below.