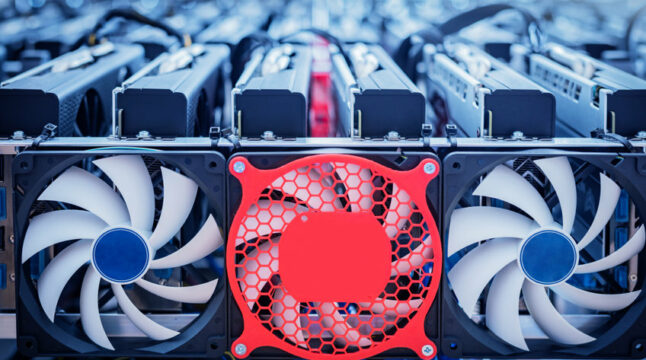 Bitcoin mining constitutes 0.08% of global CO2e emissions but in return banks millions of people with a global, cheap, and censorship-resistant monetary system.

Bitcoin has been subject to criticism since its inception. One of these criticisms, and seemingly the most reasonable one, have been complaints about the network’s excessive use of energy. Detractors argue that Bitcoin’s energy usage, which is more than the energy used by 159 countries, is exorbitant for a cryptocurrency.

While the consumption of 91 terawatt-hours of electricity annually is way too much for a cryptocurrency, Bitcoin is not merely a cryptocurrency. The Bitcoin network provides a global, easily available, cheap, censorship-resistant, debasement protected, and human rights preserving monetary system for the entire world.

And for all these services, it contributes less than 0.08% of global CO2e emissions, according to a recent CoinShares research paper.

In 2010, just around a year after Bitcoin was created, the leading cryptocurrency was scrutinized due to its proof-of-work (PoW) consensus mechanism, with some claiming that “Bitcoin minting is thermodynamically perverse.” In response, the pseudonymous Bitcoin creator Satoshi Nakamoto said:

“The utility of the exchanges made possible by Bitcoin will far exceed the cost of electricity used. Therefore, not having Bitcoin would be the net waste.”

In the first place, the report noted that the increase in ASIC performance has resulted in the reduction in the Joule cost of each hash. In simple terms, this means that Bitcoin mining machines have become more efficient. Furthermore, as hashrate increases, the difficulty makes Bitcoin mining unprofitable for the least efficient machines, thus forcing them to go offline. CoinShares said:

“Latest-generation machines are often favored in these scenarios as they generate a higher amount of hashrate per unit of electricity input. As the hashrate increases, the difficulty inevitably forces the least efficient machines out, booting the marginally least profitable units off the network.”

The vast majority of the mining network’s carbon output comes from non-western countries, where electricity is generated with fossil fuels. Kazakhstan, Iran, Xinjiang, and Inner Mongolia were accounting for 53% of Bitcoin’s total carbon emissions by early 2021. As of now, Kazakhstan, Montana, Kentucky, and Alberta constitute 43% of emissions while generating only 26% of hashrate.

On the other hand, in some countries, Bitcoin mining produces almost no emissions as they use clean energy for mining. For instance, Norway, Iceland, Sweden, Quebec, and Manitoba, which are estimated to generate 5.2% of hashrate, use hydropower resources and thus do not produce carbon emissions.

This effectively means that Bitcoin mining could generate zero emissions as soon as the electricity generation is 100% renewable, or at least the electricity by which Bitcoin is mined is renewable.

Bitcoin Mining Policies Can Be Used to Incentivize Fewer Emissions

It is worth noting that various jurisdictions’ policies toward crypto mining can have a great impact on carbon emissions. For instance, if western countries, which have much more renewable sources of energy production, incentivize miners to set up operations in their jurisdictions, they could help reduce Bitcoin’s carbon impact.

On the contrary, western governments can have an adverse impact on carbon emissions from Bitcoin mining if they force mining initiatives out of their jurisdictions via blanket bans, over-regulation, or excessive taxation. That is because such actions would drive miners into jurisdictions that heavily rely on fossil fuels to generate energy, thereby increasing emissions.

Meanwhile, using the emissions figures, the carbon offsetting cost of holding one bitcoin for one year can be calculated. As per the report, if the cost of emissions is equally shared between all BTC holders, each coin would require offsetting 2.2 tonnes of CO2 per year.

Using the European carbon credit market, the cost of offsetting 2.2 tonnes of CO2 per year will be 176 EUR (197 USD), a considerably small portion of Bitcoin’s current price of over $37,000.

Bitcoin’s Impact On Climate is Overestimated

The total amount of carbon emissions emitted by Bitcoin miners stands at 0.08% of global CO2e emissions. Considering all the services facilitated by Bitcoin, including the fact that it banks hundreds of millions of people that are deprived of banking services, this percentage is very trivial. CoinShares said:

“At 0.08 % of global CO2e emissions, removing the entire mining network from global demand—and thereby depriving hundreds of millions of people of their only hope for a fair and accessible form of money—would not amount to anything more than a rounding error.”

The carbon footprint emitted by Bitcoin cannot even compete with the amount of emission produced by some other industries. For perspective, it is more than 48x less CO2 than aviation, more than 36x less than the marine transport sector, and 25 times less than air conditioners.

Do you think criticisms toward Bitcoin energy consumption and its carbon emissions are justifiable? Let us know in the comments below.