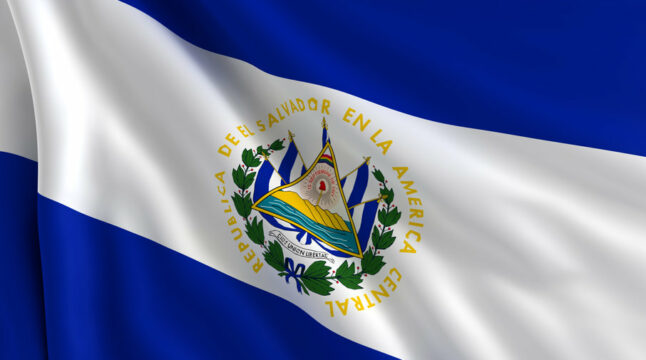 Speaking to reporters, Zelaya said economists who believed El Salvador was in danger were speaking from the point of ignorance. He added that such analyses were superficial, and also said “an alleged loss of $40 million has not occurred because we have not sold the coins.”

“When they tell me that the fiscal risk for El Salvador because of Bitcoin is really high, the only thing I can do is smile. The fiscal risk is extremely minimal. I have said it repeatedly: an alleged loss of $40 million has not occurred because we have not sold the coins. Forty million dollars does not even represent 0.5% of our national general budget.”

The Nayib Bukele tracker, which tracks all of El Salvador’s Bitcoin purchases, estimates its reserves have lost 51% of their value. The estimate is based on Bitcoin’s price, which is hovering around $22,000 and equals about $51.6 million worth of loss.

Accordingly, the tracker named after the country’s Bitcoin-loving president keeps track of each purchase the government makes. The chart considers the assets’ cost basis, total reserves, and average cost basis. Consequently, it estimates that Bukele spent a total of $105.6 million on 2,301 Bitcoins at an average cost of $45,908 per BTC across several purchases.

Meanwhile, last year, El Salvador became the first country to adopt Bitcoin as a legal tender. The country’s embrace of the digital asset has seen it come in for criticism from within and outside the country. The international monetary fund (IMF) has been vocal about its stance, urging the Caribbean nation to liquidate its Bitcoin holdings and abandon the cryptocurrency as legal tender.

More recently, rating agency Moody also downgraded El Salvador’s debt rating from Caa1 to Caa3, signifying a negative outlook. However, the country has remained defiant of all the criticism, with Zelaya vehemently rejecting the views of these international agencies to reporters. Since then, the government has continued with its Bitcoin plan announcing new Bitcoin purchases, hiring developers for its Chivo wallet, and issuing its “volcano” bonds based on BTC.

The stance of El Salvador’s government shows that the country remains unfazed by the recent crypto crash. Although declining since the turn of the year, the crypto market saw massive downsides this week. Bitcoin’s price fell below the $24,000 mark, its lowest value since 2020, with the total cryptocurrency market valuation tumbling below $1 trillion.

However,  a quick recovery for the market is highly uncertain due to global macro headwinds. With the battle against rising inflation and the threat of a recession, the Federal reserves are set to increase interest rates further today. This, combined with Russia’s Ukraine war, china’s lockdown, and supply chain difficulties, all paint a somewhat grim picture for traditional and crypto markets.

Last month, El Salvador’s president, Nayib Bukele, unveiled a golden scaled model of the proposed Bitcoin city. The project is envisioned as a geothermal metropolis built in the shadow of a volcano that also functions as a tax haven. However, there are scant details available about how the Caribbean nation intends to execute its vision amidst the downturn in Bitcoins prices.

Meanwhile, most of Bitcoin’s largest public holders have recorded losses to their BTC holdings on paper. MicroStrategy, led by Michael Saylor, has 129,218 Bitcoins, purchased for over $4 billion but now worth $2.9 billion, a 26% loss. Tesla, which reported it was hodling about 42,000 BTC, has also seen all its gains wiped out and is currently at a loss.

Consequently, several companies in the industry have started to take measures to brace up for the incoming crypto winter. Crypto exchanges like Coinbase, Crypto.com, and Gemini have announced job cuts to remain profitable. However, Binance says it will double down on hiring and acquisitions despite the bear market.

Do you think El Salvador’s Bitcoin plans will survive the current crypto winter? Let us know your thoughts in the comments below.