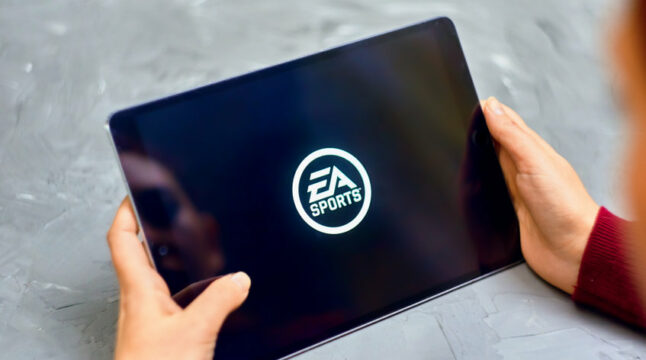 One of the most profitable partnerships in gaming history is set to end this year. Game publishers Electronic Arts (EA) has announced that it would no longer produce FIFA-branded football games upon the expiration of its current partnership deal. The company revealed it would release its last FIFA game later this year, with all subsequent offerings going by EA Sports FC.

Consequently, the new development ends almost three decades of partnership as both parties failed to reach a new agreement. The cost of the game’s license was a significant reason for the drastic decision.

On its part, FIFA  says it will release new football video games developed in collaboration with various third-party studios and publishers. This, the football governing body believes, will give football and gaming enthusiasts more options in the run-up to the World Cup in Qatar and beyond.

EA Shares Down 18% Since the Turn Of the Year

Coincidentally, EA released its fourth-quarter earnings report for the fiscal year 2021 yesterday. The company declared a quarterly cash dividend of $0.19 per share of the Company’s common stock, representing a 12% increase from the prior quarter. It further revealed that it earned $444 million for the quarter and $1.899 billion for the entire fiscal year.

A significant reason for its falling stock price was the botched launch of its shooter Battlefield 2042 game. However, the company execs expect a gradual rebound in the new fiscal year as Apex Legends Mobile is set to launch this summer. They believe that the 13.5 million pre-registrations recorded could prove a meaningful catalyst for a surge.

The US gaming industry is currently facing a consolidation after experiencing a boom during the Covid 19 pandemic and lockdown. According to reports, the global gaming industry grew 23% in 2020, with revenue predicted to hit $219 billion by 2024.

So far, 2022 has already seen an industry-wide consolidation with at least two billion dollars in mergers and acquisitions (M&A) taking place. M&As grew in prominence in 2021, with not just the gaming industry participating but even the broader crypto industry. Microsoft’s $70 billion deal for Activision Blizzard and Sony’s purchase of games studio Bungie for $3.6 billion are clear examples of this consolidation.

Aside from that, several companies have made considerable efforts to take advantage of the gaming industry boom. Renowned crypto exchanges Binance and FTX have revealed plans to explore crypto gaming significantly. Meanwhile, Solana recently announced a partnership deal with PUBG to develop and publish crypto games on the blockchain.

As FIFA’s deal with EA comes to an end, the world football governing body has given a clear idea of its plans. It says it is collaborating with leading game publishers, media businesses, and investors to build a significant new Fifa simulation game title in 2024. This is in addition to delivering new games in 2022 and 2023.

Additionally, its recent partnership deal with blockchain platform Algorand also hints at the possibility of blockchain integrations in its offerings. The agreement will see Algorand provide an official blockchain-supported wallet solution for FIFA.  It will also be a FIFA World Cup Qatar 2022 Regional Supporter in North America and Europe. Furthermore, it will serve as the official sponsor of the FIFA Women’s World Cup Australia and New Zealand 2023.

On the other hand, FIFA will provide advertising, media exposure, and promotional possibilities as part of the sponsorship package. The agreement is set further to boost crypto adoption through the popularity of football. And although not clearly stipulated, the possibilities of infusing blockchain tech into their games are enormous.

Do you think FIFA will join the ever-expanding list of organizations looking to infuse blockchain technology in their game offerings? Let us know your thoughts in the comments below.