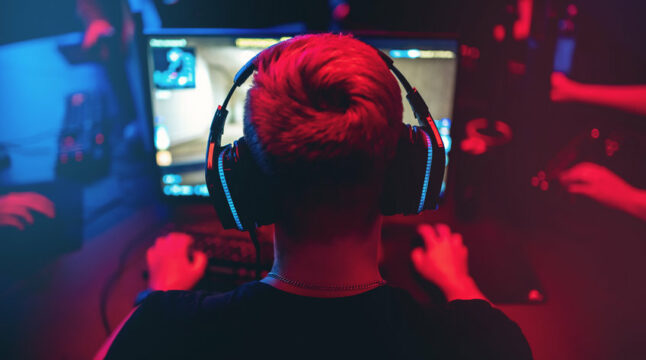 Big crypto exchanges continue to expand beyond their core business model of swapping tokens. While Coinbase is working on its NFT marketplace, FTX has a more ambitious goal in mind aimed at gaming studios.

FTX.US, the American affiliate of the Bahamas-headquartered FTX crypto exchange, made a bold move in the crypto space. According to FTX spokesperson’s email to Bloomberg, FTX will launch a gaming division to take a bite out of the world’s largest entertainment industry – video games.

“We are launching FTX Gaming because we see games as an exciting use case for crypto. There are two billion plus gamers in the world who have played with and collected digital items, and can now also own them,”

Although FTX is still in the hiring stage of the process, this is a follow-up on the previous partnership with Solana Ventures and  Lightspeed Venture Partners. These venture capital (VC) firms allocated $100 million last November to invest in tokenized gaming. Fast forward to January 14, and FTX hired the former Lightspeed partner Amy Wu as the head of FTX Ventures fund worth $2 billion.

FTX will draw from this fund to develop crypto gaming and web3 projects. However, the FTX Gaming division is building something far more important than individual gaming products. When FTX hired Amy Wu, she made it clear that they are developing a crypto-as-a-service platform.

“We can provide all of that white-labeled for the largest gaming companies in the world, and new indie studios that are looking for a turnkey solution,”

If you have ever used Google Docs, you probably know how convenient it is. Without needing to install anything, one can access much of MS Word/Excel functionality, while their work is constantly backed up and synced. Therefore, you are also in no danger of losing hours of work. This is an example of Software-as-a-Service (SaaS)

Crypto-as-a-Service (CaaS) is also SaaS but focused on blockchain technology and smart contracts. For crypto gaming to take off, it is important for there to be a turnkey platform that can tokenize games. After all, video game development is already complex enough without having to learn and deploy smart contracts and tokenomics as additional layers of complexity.

In the case of FTX Gaming, it is building a white label solution in which other companies buy their service but put their name on the product. This is similar to the way Unreal Engine was initially created by Epic Games but is commissioned by big corporations and indie gaming studios alike. The engine has generated over 2 million games since its launch in 1998.

What is the Size of Crypto Gaming?

FTX is currently ranked 6th among cryptocurrency exchanges, at a 2.6% global market share. For comparison, Binance holds the first place at an 18.82% market share. The exchange is clearly aiming to gain a foothold in the crypto gaming space and betting on its growth by launching FTX Gaming. Perhaps, it can even become the next Epic Games for the crypto space?

FTX spokesperson claimed there are at least 2 billion gamers in the world. However, when accounting for all types of video games, the number could be close to 3.24 billion. Effectively, half of the planet’s population is closely familiar with the hobby, which is a good foundation to start from.

In contrast, according to triple-a research, there were 41.9 million crypto gamers in 2020, or 1.3% of the total number of gamers. However, that year was the very beginning of NFTs and smart contract popularization as a whole. Given the fact that value locked across smart contract platforms jumped by 10,400%, from $2 billion in the summer of 2020 to $210 billion at the present date, it is safe to assume growth is guaranteed.

Making games is a far more labor-intensive affair than coding DeFi protocols, but the growth was there. Axie Infinity laid the groundwork with over 8 million players and gained over $1 billion in revenue in less than a year. Predictably, every gaming studio now wants a repeat of that success, so FTX Gaming’s turnkey CaaS solution should be well received.

As of February, there are nearly 400 active blockchain games, according to DappRadar data. Although not exhibiting stellar growth as DeFi, this number still represents a 92% increase from a year prior.

As we have seen from the negative reaction to Ubisoft’s launch of Quartz and NFT Digits for Tom Clancy’s Ghost Recon Breakpoint, not everyone is welcoming the change. The fear stems from gaming companies’ track record of abusing microtransactions and gambling-like loot boxes, even for fully paid games.

And those gaming hours keep rising year over year. Presently, the average playing time sits at 16.5 hours, which is 41% out of 40 hours as the national average for weekly working hours. As they say, time is money, and blockchain gaming can serve to monetize that time for gamers.

With that said, a virtual economic system that off-ramps to real money has its downsides. When NFTs become rare, it is often the case that entry into the game becomes very costly. Case in point, to start playing Axie Infinity, the player has to buy three Axie NFTs (playable fantasy creatures for tactical battles). During the game’s peak popularity, this amounted to at least $300.

However, a solution has already sprouted in the form of play-to-earn (P2E) guilds such as Yield Guild Games. This DAO (decentralized autonomous organization) platform rents NFTs to newcomers in exchange for later rewards when they start earning the game’s native tokens.

In other words, crypto gaming pioneers will have to take into account many traps that are not present in traditional gaming. After Microsoft made its biggest deal yet, to buy Activision Blizzard for $68 billion, there is much talk of Microsoft outcompeting perennially unpopular Meta (Facebook).

In an interview with Axios, Phil Spencer, the Head of Microsoft’s gaming, is well-aware blockchain games should be developed with much forethought.

“What I’d say today on NFT, all up, is I think there’s a lot of speculation and experimentation that’s happening, and that some of the creative that I see today feels more exploitative than about entertainment.”

With FTX Gaming on the horizon, one thing is certain. This will greatly accelerate the number of blockchain games deployed. As is always the case with markets, some will be quick cash grabs while others will successfully merge income with fun.

Many AAA blockchain gaming titles are coming this year. Which one is your favorite to outshine Axie Infinity? Let us know in the comments below.