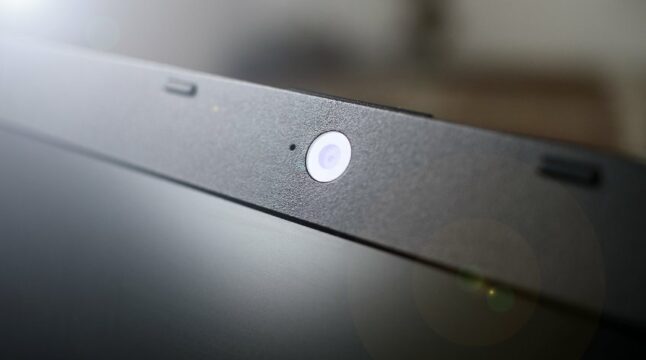 dYdX, a popular decentralized exchange, recently asked new users to do a “liveness check” as part of a marketing campaign that offered a $25 bonus for depositing $500 or more. As the “liveness check” involved revealing one’s identity via a webcam, the DeFi community (based on decentralization) did not receive it well. dYdX promptly shut down the campaign citing “overwhelming demand.”

Why dYdX Asked New Users for a “Liveness” Check?

dYdX had recently launched a promotional campaign to onboard new users via referral links. If new users then deposit at least $500 (as USDC stablecoin) into the DEX, the onboarded users would receive $25 (USDC) as a reward. So far, it appears to have been a standard fare marketing campaign.

The highly unusual part came with the “liveness check” stipulation. Akin to a know-your-customer (KYC) process, dYdX asked users to scan themselves via webcam so their biometric data can be tied to their Ethereum wallet address, used to access dYdX.

Seemingly, dYdX offered sound reasoning for “liveness check”. Because creating new Ethereum wallet addresses is a trivial matter, so is the creation of new dYdX accounts.

“Verification of unique users to prevent fraudulent farming of reward fees does not represent a change in dYdX’s ideological conviction about accessibility, transparency, mutability, or censorship.”

Obviously, such a system could be abused. However, why couldn’t dYdX have airdropped its DYDX governance tokens? This had happened in the past with the largest decentralized exchange, Uniswap.

In September 2020, Uniswap retroactively airdropped 150 million UNI tokens to Ethereum addresses that had at one point connected to the platform, at 400 UNI per address. That particular campaign’s goal was to retain customers amid the competing SushiSwap hard fork.

After all, automated financial services without mediators are decentralized. Users count on the lack of any mediation to avoid moral hazards for a very important reason. For example, the Celsius Network, a centralized lending platform, went bankrupt in large part due to reckless trades made by Celsius CEO, Alex Mashinsky.

On a DEX, based around voting governance, such moral hazards are either diminished or neutralized completely, depending on the degree of decentralization.

Coincidentally or not, after much user backlash for implementing “liveness check”, dYdX decided to abruptly end the promo campaign “due to extremely overwhelming demand of the $25 deposit bonus promotion”.

It is unclear how long the campaign was supposed to last since it was launched without a clear deadline. As of press time, dYdX did not acknowledge user backlash. Instead, the team doubled down, stating that “verification of unique users is NOT required for new OR existing users”.

dYdX One of the First to Comply with Tornado Cash Sanctions

dYdX’s public mishap happened in the wake of OFAC sanctioning Tornado Cash, an open source financial privacy protocol, by putting it on an SDN block list. dYdX was one of the first to comply by blocking user accounts who have interacted with the crypto-mixing platform.

Interestingly, Tether, the issuer of a completely centralized stablecoin USDT, had not blocked user accounts in such a way, two weeks after the sanction. Tether claimed that blockers acted prematurely because they hadn’t been explicitly directed to freeze user accounts and funds.

The response to dYdX’s biometric data gathering was overwhelmingly negative. Adam Cochran (153.1k followers) of Yearn Finance yield farming aggregator, had this to say about the move in a long thread.

“Hire and empower advocates internally who can raise voices that represent their consumers and protect their interests – especially in terms of privacy.

Users are not your product, and our data isn’t an acceptable “trade-off” for your bottom line.”

Cochran further noted that he will be voting with his wallet and stop accessing dYdX. Other crypto influencers were harsher. Chris Blec of MakerDAO, with 40.8k followers, called the promo campaign the beginning of the end for DeFi.

So far, dYdX dismissed such insinuations by claiming that a liveness check is not mandatory. Rather, it has been merely used as an experimental exercise to deliver bonuses to the right addresses. However, given smart contract flexibility and a wide range of incentives and airdrops possible, it is difficult to see how dYdX wasn’t trying to set a new trend.

Founded by Antonio Juliano, dYdX is headquartered in San Francisco, California. The exchange offers both leveraged and spot trading. Additionally, the platform offers liquidity pools. On one end, lenders add liquidity into token pairs. On the other end, borrowers tap into those pools for loans, giving liquidity providers interest.

Thanks to its layer 2 scalability solution, StarkWare, transactions are lightning-fast and at a negligible fee level compared to Ethereum. According to CrunchBase, dYdX received $87 million in total funding over 4 rounds. Lead investors are the following:

In addition to this seed money, dYdX self-funds through the use of the DYDX governance/utility token, which became available for sale in September 2021. Out of 1 billion DYDX maximum supply, only 7% of tokens are in circulating supply.

The aforementioned investors will retain 27.73%, while 15.27% goes to founders, employees and other personnel. Half of the supply is reserved for the community. At its peak in September 2021, the DYDX token reached an all-time high of $27.78, having gone down since by –94%.

Do you think this is start of a trend, leading to a path that makes all decentralized platforms under FATF rules? Let us know in the comments below.