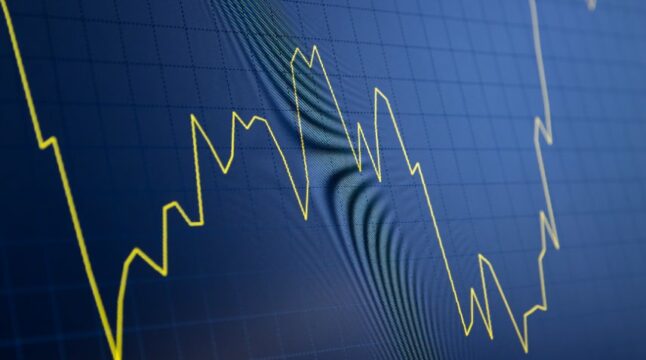 A strong dollar is a liability for the global economy, making an in for Bitcoin.

Last week, Bitcoin’s volatility entered a two-year low, to the point of nearly matching the British Pound’s 30-day volatility. The downside of this lack of volatility seems to be reduced investor interest, demonstrated by the lowest investment volume for digital asset investment products since October 2020.

CoinShares reports a continuation of the September Effect for the last week. Year-to-date, total investment outflows from across digital asset funds hit $5 million. Tellingly, the inflow/outflow volume decreased by -89%, to $758 million vs. $7 billion from last October.

This puts the investment volume at the lowest level since October 2020, once again signaling the reversal of the Federal Reserve’s quantitative easing (QE) policy into quantitative tightening (QT). Year-to-date, Ethereum is the biggest loser, having lost $371.2 million in outflows out of a total of $5.8 billion AuM.

For the week, Bitcoin gained $4.6 million, while short Bitcoin products lost $7.1 million. Alongside positive Bitcoin inflow, only Solana and XRP attracted inflows, at $0.4 million and $0.8 million respectively. As the SEC’s lawsuit against Ripple (XRP) moves to a closure, it appears that the investor sentiment is on the XRP side.

For the month of October, it holds the largest recorded outflow at $15 million for bitcoin shorts. As for Ethereum’s post-Merge sentiment, it saw $11.5 million in outflows.

If we take a look at the macroeconomic environment, it can be easier to see why Bitcoin shorts are vanishing while Bitcoin investments are gaining in the present investment dearth.

Once the Fed popped the liquidity balloon this year with interest rate hikes, a somewhat predictable pattern unfolded. Both the stock and crypto markets started to bleed, while the dollar strength index (DXY) kept rising. In turn, this caused Bitcoin to fall steeper as a currency debasement hedge.

For the next FOMC meeting on November 2nd, the CME Group indicator places a 95% probability for another 75 bps interest rate hike, which would be the fourth consecutive one. The last one raised the interest rate to 3.25%, the highest level since the Great Recession of 2008.

In other words, a 75 bps hike is becoming the new 25 bps hike, as the fastest hiking cycle in at least 30 years continues. The question then becomes, how long can the Fed squeeze the global economy given the dollar’s global reserve currency status?

Judging from the frequent interventions by the Bank of England and the Bank of Japan, not for long. To maintain a semblance of credibility, BoE even had to deny reports of its QT delay. The Fed Chair Powell recognized this increasing vulnerability but is still unwavering in his task to reduce the domestic core inflation rate.

“it’s hard to talk about collaboration in a world where people have very different levels of interest rates.”

In this central banking struggle, where is Bitcoin? With liquidity fleeing into the US, a global recession is almost a certainty at this point. Even before that, other central banks may be forced to start cutting rates again to avoid severe contraction of the economy.

However, the European Central Bank (ECB) has a much smaller operating window to work with. After all, the bulk of the Eurozone inflation is caused by its energy crisis, triggered when the EU sanctioned Russia. This means that its monetary policy is bound by harsh physical constraints.

In turn, the Fed’s dual mandate is not influenced by global affairs until it is. Tobin Marcus, a former senior policy advisor to then-Vice President Biden, noted that other markets would have to experience severe upheavals if there is to be an unexpected Fed pivot.

“…things would have to be quite bad along that vector to see the kinds of spillovers that would unavoidably grab the attention of policymakers in the U.S.”

In the meantime, Bitcoin is heading into its former safe haven status. This was exhibited at the beginning of October by Bitcoin’s increased correlation to gold, the highest this year. In other words, whether the Fed pivots sooner or later, investors are shaken by global uncertainty. At the same time, non-US investors may seek Bitcoin’s safe haven sooner rather than later.

Do you think further Fed hikes can puncture a new bottom for Bitcoin? Let us know in the comments below.