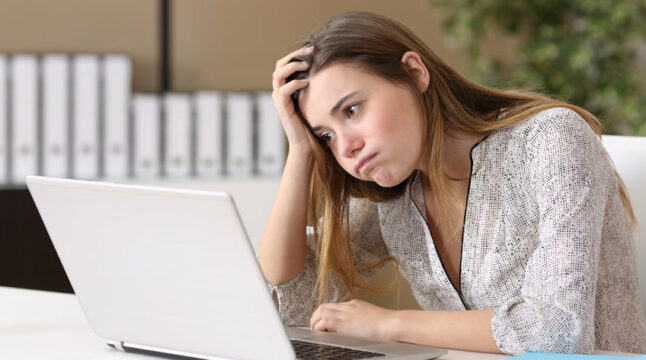 CRO briefly misreported Luna's price and reversed trades on both buy and sell side.

The fallout from the total UST/LUNA collapse is still being documented. In the middle of the chaos, crypto.com suffered a glitch and ended up erroneously quoting LUNA’s price. Crypto.com promptly halted all LUNA trading yesterday with a promise to reverse impacted trades.

Those trades include both the selling and buying sides. Furthermore, users will be reimbursed $10 worth in CRO. This is the exchange’s native token used for its Crypto.com Pay service for cashback rewards, similar to Binance’s BNB token.

Apparently, LUNA freefall was so severe that Crypto.com trading platform/app glitched out. The app showed a much higher LUNA price at ~$0.6 when in reality the token was already in the ~0.02 range. However, from the user’s perspective, all they know is that they committed the trade at the quoted price and expected it to complete accordingly.

For those who were trying to sell LUNA in the middle of Terra’s ecosystem collapse, this is particularly problematic. After all, instead of cutting their losses, Crypto.com is now returning worthless LUNA into their wallets for a $10 inconvenience reimbursement. Predictably, users are not happy with this development nor with Crypto.com’s customer service.

Reddit users are already warning people to not place any money into Crypto.com’s fiat wallet if they had successfully profited from LUNA’s cave-in. However, those who took major losses by employing the common “buy-the-dip” strategy will likely be more satisfied if Crypto.com follows through on its announcement that both sell and buy trades will be reversed.

Crypto.com’s Reversal is Another DEX Endorsement

Presently, it is difficult to say if there was a glitch, or if Crypto.com is trying to recoup its losses. However, it is notable that a centralized exchange is picking an arbitrary time frame and reverses transactions.

This wouldn’t be possible with a decentralized exchange (DEX). Not only is the user connecting to a DEX with a non-custodial wallet (users retain their private key), but the development team behind a DEX doesn’t have the power to reverse transactions. This applies to both large DEXes such as Uniswap and minor ones such as DexGuru.

Likewise, there is no customer service to contact in case a user makes a mistake. In the worst-case scenario of a code exploit, developers could enact a hard fork of the protocol. Case in point, this happened last month with Gnosis Chain (former xDai), following a string of reentrancy attacks.

On the other hand, in a centralized exchange (CEX) ecosystem, users have to count on external auditors to make sure the backend is working properly. For instance, this January, blockchain auditing firm Peck Shield reported $15 million in lost funds on Crypto.com after users detected suspicious activity on their accounts.

The report was later corroborated by another auditor, CertiK.

In its 81-page terms of service document, Crypto.com has covered all of its bases. Specifically, on page 26, section 6.5, the exchange outlined the following rule to which all users agreed upon registration.

“We reserve the right at all times to refuse, cancel or reverse your instructions, without giving any reason or explanation or prior notice.”

Furthermore, on page 39, section 15.5, Crypto.com has the right to cancel, reverse or modify orders, which includes:

“the Order contains errors on price, quantity, or other parameters;”

However, given the fact that Crypto.com publicly issued a statement on reversing transactions for a given time period, it may be in its best reputational interest to follow through when users provide sufficient transactional evidence.

Why Did Terra Collapse?

Just over a month ago, Terra was closing in on Ethereum as the second-largest smart contract platform, at 12.51% TVL ($26.92 billion). Furthermore, Terraform Labs co-founder, Do Kwon, made the headlines when he announced an ambitious plan to bolster Terra’s UST stablecoin with $10 billion worth in Bitcoin.

What appeared to be a new Bitcoin Standard trend is now in the dust, with LFG reserves depleted by -99.98%.

Likewise, LUNA is effectively defunct at the current price of $0.00009075, compared to last week’s ~$80. As an algorithmic stablecoin reliant on LUNA’s inflation/deflation mechanic, UST is too defunct, as Terra’s blockchain itself was halted by Terra validators.

There were signs this classic bank run scenario is a possibility. Last June, billionaire Mark Cuban experienced an almost identical situation with the Iron Finance protocol. It too used an algorithmic stablecoin IRON with TITAN as collateral. Likewise, it went bust when investors exited their TITAN positions.

However, the most telling indicator that the same fate awaited LUNA/UST was Do Kwon’s previous Basis Cash (BAC) algorithmic stablecoin, according to ex-Terra employees. With its drastically smaller footprint of $54.5 million, BAC’s failure went largely unnoticed as Terra’s experimental proof-of-concept.

Do you think Terra’s spectacular collapse is the death knell for algorithmic stablecoins as a viable concept? Let us know in the comments below.