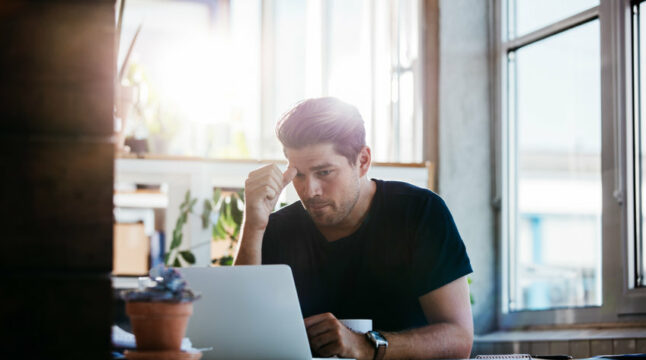 Compound (COMP), one of Ethereum’s pioneering DeFi protocols, is on a downward spiral since the start of this year. Recently released, Messari’s report for Q1 2022 shows multiple negative metrics that show the once leading protocol in decline.

The most notable one starts with a massive increase in liquidations, at 295% for the quarter, which translates to $134 million in liquidated funds. Specifically, resulting from Wrapped Ethereum (WETH) volatility at the end of January.

WETH is an ERC-20 token pegged to ETH in a 1:1 ratio just as stablecoins are to the dollar. It may seem odd that this conversion needs to happen on a protocol that is hosted on Ethereum, but the native ETH cryptocurrency is not the same as an ERC-20 smart contract token, needed to interact with other DeFi smart contracts.

As for Compound itself, this DeFi protocol was one of the first to recreate a money market on the Ethereum blockchain. Instead of depositing money into a bank and earning interest, or asking for a loan after filling out paperwork, Compound offers the same service to users in a permissionless manner using blockchain technology.

In other words, one can get a loan against the collateral of cryptocurrency tokens. On the flip side, one can also lend tokens to provide liquidity pools for borrowers. In the latter case, users earn an interest rate when borrowers tap into their liquidity pools. Smart contracts handle this process automatically and directly, eliminating the need for intermediaries.

For example, if Tom were to deposit $8,000 worth in WETH, he would then be able to borrow 50% of that amount, plus pay the interest on the borrowed amount. However, not only is such a loan over-collateralized, but the borrowing limit depends on the type of cryptocurrency used as collateral, for the obvious reason of crypto volatility.

Despite the dollar undergoing rapid devaluation with the inflation rate at 8.5%, this is still considered stable in the blockchain world. For this reason, stablecoins pegged to the dollar are high in demand, reflected by their typically high-interest rates. The International Monetary Fund (IMF) noted this dynamic in the recently released report, pointing to the use of volatile assets as collateral against stablecoin loans.

Lastly, Compound’s bread and butter—interest rates—went down from the previous quarter only slightly, from 4.5% in Q4 to 4.12% in Q1. Borrow rates averaged 3.8% while deposit rates averaged 1.5%.

Why Did Compound Deflate?

Although a first-mover advantage can sustain momentum in any market for a while, a lot can change in two years, let alone since Compound launched in September 2018. Since then, dozens of new lending protocols entered the DeFi arena, greatly diluting this niche money market.

This was amply demonstrated by Anchor protocol, which is hosted on a competitive Terra blockchain, offering drastically lower transaction fees to boot.

Furthermore, Compound suffered a reputational hit last September when an upgrade caused a code glitch to misreward up to $80 million worth of 280,000 COMP tokens.

COMP tokens were introduced as community governance in June 2020, similar in purpose to Yuga Labs’ ApeCoin for its future metaverse ecosystem. As a voting and incentive mechanism, 42% of COMP token supply was reserved for distribution to Compound’s liquidity providers over a period of four years.

However, through the protocol’s upgrades, COMP incentive rewards dropped by 52% in Q1 2022. At the end of the line, the passed proposal aiming to eliminate such incentive entirely will further reduce COMP token rewards in the following quarters.

Needless to say, this trend is pulling the incentive rug for both borrowers and depositors. The author of the proposal, Tyler Loewen, justified this move as fixing Compound’s long-term growth.

“Since most COMP being distributed by the current rewards program is instantly sold off, existing users and token holders are at a great disservice,”

However, it appears that the proposal significantly weakened Compound’s competitive edge, just as Teddy Woodward of Notional Finance noted.

However, it is still too early to tell if the farming and dumping COMP tokens approach would have been better if the practice continued. Either way, this places pressure on Compound, given the fact that the DeFi money market is dominated by yield farmers who are always seeking greener pastures.

Do you prefer CeFi or DeFi for your yield farming needs? Let us know in the comments below.