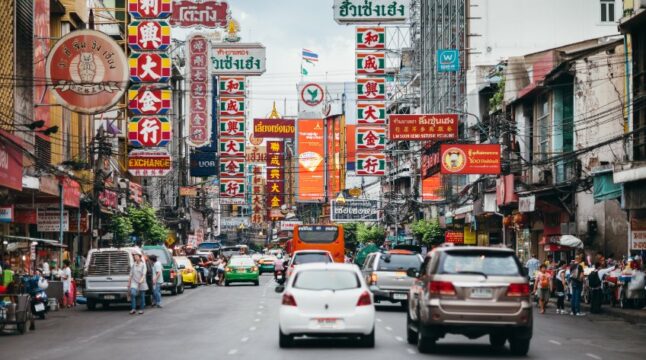 China's GDP increased by 0.4% from a year earlier, marking the worst performance since the first Covid outbreak.

China’s economy contracted sharply in the second quarter of the year, with GDP growing a tepid 0.4% from a year earlier, according to official data. The slowdown is the worst economic performance since the first quarter of 2020 and is largely attributed to the country’s strict “zero-Covid” policies which have led to extended lockdowns in Shanghai and other major cities.

China’s economic growth slowed sharply in the second quarter, a reflection of the damage caused by the country’s “zero-Covid” policies and extended lockdowns in Shanghai and other major cities. Gross domestic product rose by only 0.4% year-over-year, marking the worst performance since the first Covid outbreak.

Growth for the first half of the year was 2.5% over a year earlier, one of the weakest levels in the past three decades. However, according to Toru Nishihama, chief economist at Dai-ichi Life Research Institute in Tokyo, the “worst is over” for China’s economy, who also said the country does not face “a recession, or two straight quarters of contraction.”

“Given the tame growth, China’s government is likely to deploy economic stimulus measures from now on to rev up its flagging growth, but hurdles are high for PBOC to cut interest rates further as it would fan inflation which has been kept relatively low at present.”

China’s economy is suffering as a result of the country’s tough zero-COVID policy, an attempt to prevent any community spread of the coronavirus by requiring cities to enter strict lockdowns as soon as a handful of cases are reported.

The policy has proved to be detrimental to the country’s economy. Despite China’s best efforts to stimulate the economy by injecting funds, economists believe the county would fail to hit its 5.5% growth target this year. Bloomberg analysts forecast a GDP growth of 4% this year.

Notably, after allowing factories and offices to start reopening in May, consumption began improving. In June, industrial output increased by 3.9% from a year earlier, up from May’s increase of 0.7%. Likewise, retail sales grew 3.1% in June, compared with a contraction of 6.7% in the earlier month.

The figure includes “an unprecedented 1.5 trillion yuan of “special” bonds, mainly used for infrastructure, that local governments may be allowed to sell in the second half of this year,” Bloomberg said, citing people familiar with the discussions.

Infrastructure investment in China will likely increase by 7.7% from last year as the country expands its funding support. According to Citigroup analyst Yu Xiangrong, overall growth in fixed-asset investment will reach around 6% this year, which would contribute 2% to China’s GDP. “The tendency of shifting away from infrastructure investment due to the deleveraging campaign has come to an end,” Xiangrong said.

Do you think China’s official growth target of around 5.5% for this year is beyond reach? Let us know in the comments below.