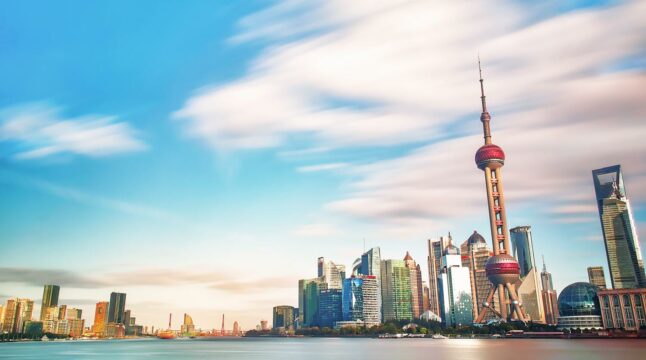 Chinese depositors protesting over the freezing of deposits for over 3 months were violently dispersed by authorities on Sunday.

Chinese authorities used violent methods on Sunday to disperse hundreds of depositors protesting over the freezing of their deposits by some rural-based banks. Based in China’s central Henan province, the four banks froze millions of dollars worth of deposits in April, telling customers they were upgrading their internal systems.

However, the funds remain frozen for over three months now, with many customers fearing the loss of their entire life savings.

However, nearly three months later, the China Banking and Insurance Regulatory Commission has put the blame on a private investment firm that holds large stakes in all four banks, according to a report by CNN. The report added the Henan police said weeks ago a criminal gang headed by the investment firm’s controller “has been suspected of using village banks to commit serious crimes.”

The Henan police detailed that the suspects controlled several banks through a group company and used third-party financial product platforms and their own firm to collect deposits and sell financial products. The organization then reportedly made fictitious loans as a way to illegally transfer the funds.

China banned banks from selling deposit products via third-party online platforms in early 2021. In a statement, China’s Banking and Regulatory Commission (CBIRC) said the move was aimed to prevent spillover financial risks brought by the rapid development of the financial technology sector.

However, the CBIRC said third-party online platforms allowed the banks to bypass geographical restrictions and grow their business nationwide. Reportedly, some of the deposit products were sold via platforms affiliated with, or owned by, China’s tech giants such as Baidu and JD.com.

These deposit products are usually attractive to users because they offer higher interest rates compared to big banks. However, in China’s economy, which has been battered by draconian Covid lockdowns and is currently facing a slowdown, borrowers now struggle to repay the banks, arguably making it more difficult for the banks to deliver the returns they offered savers.

Reports by Chinese media claim that the frozen deposits could be worth up to $1.5 billion and authorities are investigating the banks. Notably, if the investigation finds that the savings are “non-compliant” transactions, the depositors could lose all their life savings.

Over the past two months, the depositors have orchestrated several campaigns protesting in the city of Zhengzhou, the provincial capital of Henan. And most recently, the depositors protested in Zhengzhou earlier today, where they were confronted by Chinese authorities who used violence to disperse the gathering.

Could Crypto Have Prevented a Bank Run?

A bank run occurs when a large number of customers decide to remove their funds from a financial institution at the same time because they believe that the company is facing liquidity issues.

Crypto assets like Bitcoin and Ethereum are not banks, so they are not essentially susceptible to a “bank run.” Moreover, these assets are peer-to-peer, decentralized, and available 24/7, leaving holders in complete control of their funds.

However, things are different for centralized crypto platforms that act like banks. These platforms can go insolvent after bearing major losses and face investor runs. This was the case with Terra and crypto lender Celsius, as well as some other crypto companies, which have experienced bank runs recently.

Do you think the depositors will be able to retrieve their savings? Let us know in the comments below.