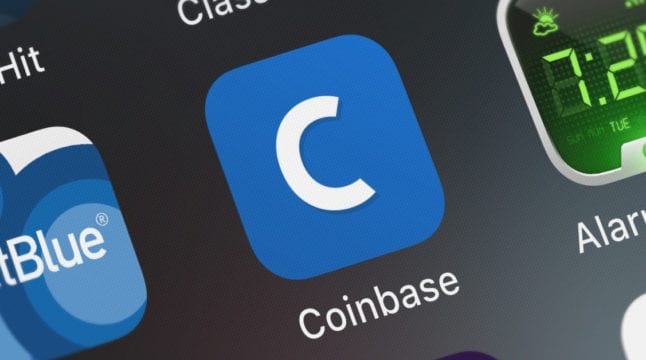 A publicity stunt or a legitimate mistake?

Singapore-based blockchain project, BitcoinHD, has set their sights on being listed on Coinbase after filing with the SEC. However, the STO might face some roadblocks due to the exchange’s policy.

A Singapore-based blockchain venture, BitcoinHD, has stirred some controversy following their March 30 filing with the United States Securities and Exchange Commission. The filing in question was for a Security Token Offering (STO) and this was done through a Form D Exemption. Besides this, the firm has also reportedly sought out the listing of their token on Coinbase, per a March 11 announcement.

The reason for this controversy is the fact that Coinbase does not list security offerings on their platform. While Coinbase has expressed interest in STOs previously, the firm does not have the regulatory approval to do so at this time.

This could indicate that the move was purely to drum up publicity for the project or is an error on BitcoinHD’s part. Nevertheless, the firm stated that they would be the first Security Token Offering to apply to be listed on Coinbase.

BitcoinHD Has Previously Received Approval From the SEC

The Form D Exemption, which was filed by BitcoinHD required them to provide information regarding essential information which would be made available to potential investors. The sale of non-exempt securities to investors in the US usually requires longer reports, but the Form D Exemption is remarkably shorter. Once the SEC has given their approval, the firm can only sell their securities to accredited investors.

An accredited investor, in this case, means individuals who have a net worth above a million dollars. They must also have an income of over $200,000 each year or businesses with more than $5 million in assets.

Security token offerings in themselves have seen more support from regulatory bodies around the world. An example of this is the Israeli Securities Authority actively promoting Security Token Offerings in the country. Some of the reasons for this support is the greater compliance of STOs with regulatory bodies, which was a common issue with Initial Coin Offerings.

Following their filing with the SEC, Bitcoin HD then set their sights on being listed on Coinbase, as per their official announcement. While they claim to be the first approved STO to apply to the exchange, this cannot be confirmed as Coinbase does not publish the names of applicants. Besides this, the potential pairing might have a few roadblocks.

The first thing to note is that Coinbase does not list STOs on their exchange. Back in 2018, the San Francisco-based exchange had announced that they would be listing STOs on their platform, only to retract their statement soon after, admitting that the SEC did not give them such permission. Their history with the asset class might make them particularly reluctant to respond positively to BitcoinHD.

Besides this, Coinbase does sort investors on the basis of their accreditation which might make it difficult for BitcoinHD to maintain SEC compliance. In parts of the world such as Germany, however, STOs have begun seeing acceptance by mainstream institutions such as banks. Despite their increase in popularity, however, it seems there is still some way to go.

Do you think BitcoinHD’s attempt at a Coinbase listing was a publicity stunt or a legitimate mistake? Should the SEC loosen its restrictions for STOs as a whole? Let us know.