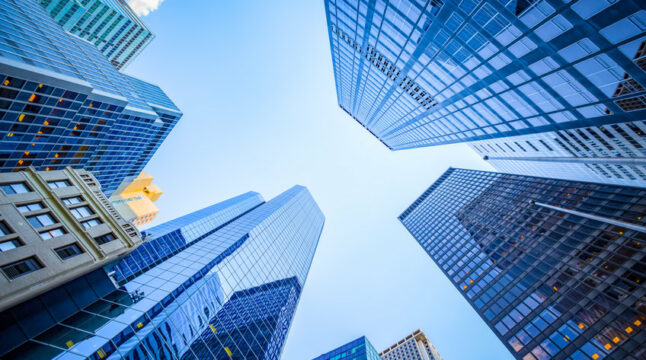 Billionaires are seemmingly responding to uncertain market conditions by selling off stock holdings, such as Elon Musk, Jeff Bezos, and AMC’s CEO — could this be the sign of a market crash coming in 2022?

Why Are Billionaires Selling Off Their Stocks?

There have been reports of a number of CEOs and billionaires selling off their stock holdings recently. One plausible explanation is that this is how they plan to pay their upcoming tax bills in the new year; however, a gloomy economic outlook could indicate another reason why the super-rich are looking to offload their stocks.

When E-Trade conducted an investor poll back in April, 69% of investors said they believed the stock market was in a bubble. This was right after the Fed stepped in with massive cash injections after the Black Thursday market crash. This is leading to a short term boost for stock prices despite a floundering global economy that is suffering from supply chain shortages, the lowest productivity levels in 40 years, and skyrocketing debt levels.

In turn, quantitative easing (QE) policies have set interest rates at near-zero, creating a flow of cheap money for companies to borrow. Unfortunately, one of the effects of increasing the money supply so drastically is inflation in the value of the US dollar.

When inflation goes out of bounds the Fed has to step in to cool down the overheated economy with tapering — closing down the flow of cheap money, which consequently raises interest rates again. Understandably, the Fed needs to proceed with extreme caution to not spook the market and cause panic selling.

We are deep into uncharted economic territory because never before has quantitative easing (QE) been deployed for so long with so many negative externals going on at the same time.

With all of this is in mind, could billionaires be selling off their stocks at the “top” before a market crash? After all, Amazon CEO Jeff Bezos sold off $3.4 billion worth of Amazon shares, right before the Black Thursday market crash, showing this is a potential strategy the ultra-rich could be using to protect their wealth.

Which Billionaires Are Selling?

The most notable example of late is Elon Musk who sold off $5 billion of shares last week, followed by a separate sale of $687 million of Tesla shares on Friday.

This, Aron claimed, was a part of an estate planning strategy, which includes handling property, beneficiaries, a final will and testament, power of attorney, and other legal delegations. In an earnings call last week, Aron added:

“Prudent estate planning suggests I should diversify my assets a bit, especially with Congress having been discussing imposing potentially soaring capital gains tax rates and significant changes to what can be passed on to one’s heirs.”

In addition there have been reported stock sales from Mark Zuckerberg, CEO and Founder of Facebook, almost every day in 2021 through a periodic sales agreement. Bill Gates has a similar arrangement, although he claims this is due to his contributions to charity rather than a lack of faith in Microsoft.

There is an excellent piece by Forbes that covers more selloffs seen this year from billionaire shareholders, such as Twitter’s Jack Dorsey and Coinbase’s Brian Armstrong.

Is This Just Business As Usual?

However there is also the possibility that these sales are just business as usual for the billionaire class.

For instance Elon Musk claims that he generates his income from the sale of shares.

By some estimates, with combined federal and state tax rate, Musk will pay 54.1%, or about $15 billion in total. In preparation for filing his tax returns, he framed this selloff on Twitter within a wider conversation about wealth tax.

However some have pointed to 50% increase in revenue for Tesla as a sensible time to take profit. Gerber Kawasaki, a major shareholder in Tesla had this to add:

“Every major tech entrepreneur and bitcoin owner is cashing out huge amounts of capital right now for huge profit so for Musk to take some money off the table is a smart move and he just announced it in a very Muskian way,”

Time will tell if and when the stock market bubble crashes, especially as the Fed begins tapering off bond purchases in the new year.

If the stock market pops, do you think the crypto market will benefit in the long run? Let us know in the comments below.