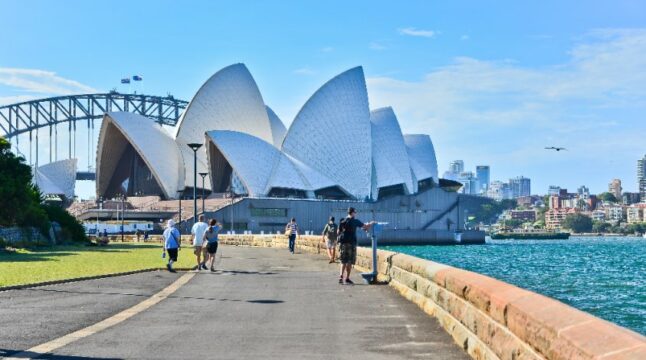 Australia’s Central Bank to Explore Use Cases for CBDC

The Central Bank of Australia is launching a one-year research project to explore use cases and business models of a central bank digital currency (CBDC).

Australia’s central bank is working together with the Digital Finance Cooperative Research Centre (DFCRC) on a one-year research program exploring use cases for a central bank digital currency (CBDC). The program seeks to develop a “limited-scale CBDC pilot that will operate in a ring-fenced environment for a period of time and is intended to involve a pilot CBDC that is a real claim on the Reserve Bank.”

The Reserve Bank of Australia (RBA) said it has teamed up with the Digital Finance Cooperative Research Centre (DFCRC), a government-backed industry organization, to launch a one-year research program to explore potential use cases of a CBDC in Australia. Through the program, the central bank will attempt to identify innovative business models that could emerge following the issuance of a CBDC.

“Considerable research has been undertaken by central banks, including the Reserve Bank, into the feasibility and possible technical design of CBDC, in particular exploring the potential use of new technologies such as distributed ledger technology.”

The central bank also expects the program to provide additional insights into technological, legal, and regulatory considerations related to a CBDC. The move comes as the matter of potential use cases and economic benefits of a CBDC hasn’t received much attention in recent years in Australia, which already has sophisticated payment and settlement systems.

The 1-year project will aim to create a limited-scale CBDC pilot that will exist in a “ring-fenced environment” for a certain period and is meant to also involve a pilot CBDC that is a real claim on Australia’s central bank. The involved industry players will develop specific use cases that would show how a CBDC could innovate the current payment and settlement services used in Australia.

‘This project is an important next step in our research on CBDC. We are looking forward to engaging with a wide range of industry participants to better understand the potential benefits a CBDC could bring to Australia,”

Over 100 Countries Considering Rolling Out CBDCs

The announcement by Australia’s central bank comes as roughly 100 other countries are also considering launching their own CBDC, according to the International Monetary Fund (IMF). Those who support such initiatives say the CBDC represents an emerging technology that will enable faster and cheaper transactions and provide global central banks with improved flexibility.

The Chinese government has been giving loans in digital yuan (eCNY) to promote the adoption of its national CBDC. Some believe that the mass adoption of eCNY would allow China to have better oversight over Chinese companies in real-time. It was reported last year that 139 million people in China were using its digital yuan app.

China is the world leader in terms of CBDC promotion, with its Digital Yuan project now running across more than 20 cities in the country. On the other hand, Europe remains slightly more skeptical about the Digital Euro and continues to debate its potential effects on citizens’ privacy.

What do you think about Australia’s latest CBDC project? Let us know in the comments below.