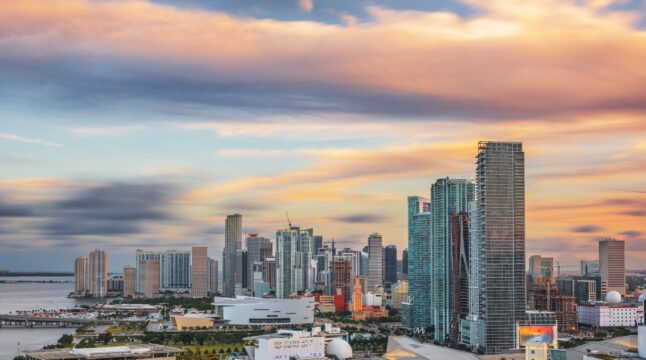 The Exchange’s CEO said the move is a result of a long process despite the timing being described as "inopportune".

Alejandro Rothamel, the CEO of the Argentinian crypto exchange Ripio, recently stated that his company is expanding to the US as a part of its overall effort to expand its global reach. He also explained that the move is intended both to cater to their client’s desires and to strengthen the company’s position.

Ripio’s recent expansion to Florida is its first move towards establishing its presence in the United States. According to the firm’s CEO, Ripio already has a client base in the crypto-friendly state and is primarily dealing with institutional and wealthy investors. Reportedly, another reason for setting up their operation in Florida is the state’s large Latino community because of “the added value of speaking the same language”.

In Argentine, Ripio, an exchange founded already in 2014, has a user base of around 4.5 million. When describing his expectations for growth within the United States, Rothamel explained that the country is new territory for his company but that he hopes Ripio will be able to compete with the already established exchanges.

The CEO also described the US as a country with a complex regulatory situation with regard to crypto, likely alluding to the controversial actions of the SEC and the CFTC. Rothamel explained that his company expects that the current “crypto winter” will last long, but that they also believe 2023 will be a better year for the sector. According to the CEO, the expansion has been in the making for at least a year.

Ripio’s recent expansion to the US is another sign of Latin America’s growing digital asset sector. This year already saw several major moves on the continent both from local companies and governments and established giants like Binance which recently opened two new offices in Brazil.

In late August, Argentina’s wine-making Mendoza province joined the Swiss pioneer Zug canton, and Florida in allowing tax payments in cryptocurrencies. El Salvador also became famous when it introduced Bitcoin as a legal tender last year, though the country is reportedly resorting to dollar-cost averaging as a result of the current “crypto winter”.

Already in 2018, Brazil’s Liquia Digital Assets launched South America’s first security token dubbed BR11 due to the involvement of 11 of the country’s most prominent tech startups. More recently, in October 2022, the Buffett-backed Nubank announced a plan to launch its cryptocurrency already next year.

Do you think more digital asset companies will try to expand to the US during the crypto winter? Let us know in the comments below.