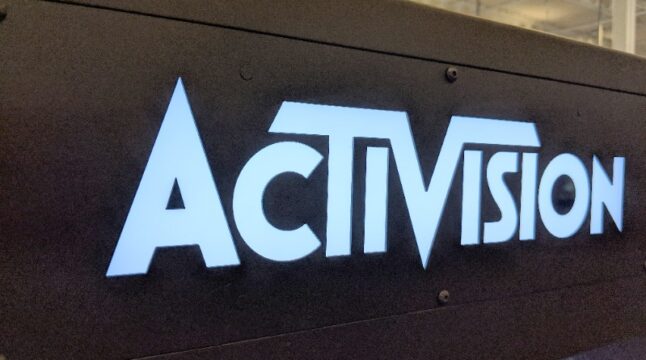 FTC is likely to file a lawsuit to block Microsoft's $68.7B acquisition of Activision Blizzard, citing antitrust concerns.

Activision Blizzard’s stock is down more than 3% in premarket trading following reports that FTC is likely to file an antitrust lawsuit to block Microsoft’s acquisition of the gaming giant, according to Politico. The move comes amid FTC’s concerns that buying Activision would give Microsoft an unfair advantage in the competitive video game market.

Shares of Activision Blizzard are down over 3% in premarket trading Friday after it was reported that the Federal Trade Commission (FTC) is considering filing an antitrust lawsuit to block the $68.7 billion deal, Reuters reported. However, FTC’s lawsuit “is not guaranteed” as the four commissioners within the agency are yet to vote out the move or meet with the companies’ lawyers.

“Any suggestion that the transaction could lead to anticomp effects is completely absurd. This merger will benefit gamers and the US gaming industry, especially as we face increasingly stiff competition from abroad,” said Activision spokesperson Joe Christinat. He added that Activision will continue collaborating with global regulators to advance the deal “but will not hesitate to fight to defend the transaction if required.”

The lawsuit comes amid the regulator’s worries that overtaking Activision would give Microsoft an unfair edge in the video game market. One of the loudest critics of the deal is Sony Interactive Entertainment, which competes directly with Microsoft in the video game console market. Sony told the FTC and other global regulators that if Microsoft made Activision’s flagship titles like Call of Duty exclusive to its platforms, it would give notably handicap the Japanese company.

If filed, a lawsuit would mark FTC’s biggest move under Lina Khan, who became the federal agency’s chair in 2021. While the probe into the deal is still in progress, it is nearly completed and a potential lawsuit could come as soon as December, the report states.

Microsoft announced plans to acquire Activision Blizzard in January to help the tech giant grow its gaming business across mobile, PC, and consoles, as well as lay the groundwork for its own metaverse. Activision Blizzard is one of the biggest video game makers in the world, known for hits like Call of Duty, World of Warcraft, Overwatch, and Candy Crush, among many others.

The deal was initially expected to close in 2023, and if completed, it would mark Microsoft’s biggest-ever acquisition. In 2020, Microsoft purchased video game studio Bethesda, the maker of Fallout, Skyrim, and Wolfenstein.

Earlier this month, Microsoft participated in a $46 million funding raised by the Korean Web3 game developer Wemade, a company behind the embattled Wemix token. Microsoft contributed $14.8 million in the financing round.

Do you agree with FTC’s views that the Activision deal would give Microsoft an unfair edge? Let us know in the comments below.

Bed Bath & Beyond Shares Fall 19% Amid Reports of Possible Bankruptcy