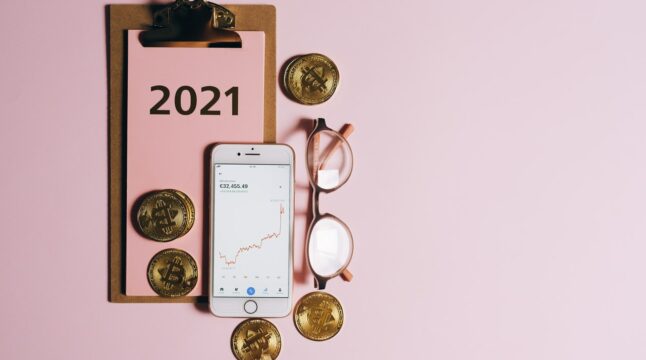 The percentage of Americans who now own Bitcoin has grown by more than 13% in 2021.

Despite continued hostility towards Bitcoin and the broader crypto market, mainstream adoption has arrived, according to a report by Grayscale Investments. The report notes that demand for Bitcoin has increased exponentially, claiming that the percentage of Americans who own BTC has grown by more than 13%.

Nearly 55% of Americans invested in BTC over the last 12 months, and the bulk majority (66%) have held their holdings ever since. Of those who have sold, 91% have cashed out at a profit.

Over 25% of US Investors Now Own BTC

An online survey among 1,000 US consumers aged between 25 and 64 with at least $10,000 in investable household assets by Grayscale has discovered that 26% of US investors currently own Bitcoin. In comparison, only 14% of Americans owned crypto earlier this year in April, indicating a tremendous boost in overall crypto adoption.

Despite the rise of other crypto market segments like decentralized finance (DeFi) and non-fungible tokens (NFTs), investors still predominantly prefer Bitcoin. Reportedly, BTC accounts for 46% of the total crypto investments.

The interest in Bitcoin investment products has also seen steady growth. 59% of respondents said they will probably invest in Bitcoin, up from 55% in 2020, and 36% in 2019. The pace of growth has slowed slightly recently because Bitcoin “was coming from a lower base two years ago when it was still viewed by some as “very high risk” or “only a fad.”

While more than 75% of investors preferred buying Bitcoin directly via an exchange in 2020, 59% now use cryptocurrency trading apps like eToro and Coinbase to get exposure to Bitcoin. Investors are also interested in using fintech applications to acquire Bitcoin.

For instance, 30% of investors used digital wallets or money apps like Venmo or CashApp to get exposure to Bitcoin. This describes why PayPal, one of the largest e-payment firms, has been aggressively expanding its crypto offerings. In August, PayPal expanded its crypto offering to the UK.

Meanwhile, investors have shown that they mainly view Bitcoin as a store of value. Reportedly, 75% of investors say they own Bitcoin as a safe haven, while 37% view it as a short-term investment (less than one year) that can help them earn a “quick buck.”

As covered by The Tokenist, prominent investor and billionaire hedge fund manager Paul Tudor Jones also views Bitcoin as a hedge against inflation. Likewise, strategists at JP Morgan perceive inflation as a driving force behind Bitcoin’s rally. In a note, JP Morgan said:

“We believe the perception of Bitcoin as a better inflation hedge than gold is the main reason for the current upswing, triggering a shift away from gold ETFs into Bitcoin funds since September.”

Echoing the same point of view, Grayscale mentioned that 55% of investors regard Bitcoin as a long-term investment. Less than 20% perceive Bitcoin as a means of payment, while only 14% use Bitcoin for peer-to-peer (P2P) money transfers.

The US SEC approved the first-ever Bitcoin-linked ETF in mid-October. Offered by Proshares, the Bitcoin futures ETF is trading under the $BITO ticker. The fund does not track spot BTC prices, still, it reached a valuation of over $1 billion in its first trading day, suggesting that there is considerable interest in products that offer exposure to Bitcoin.

However, futures ETFs do not directly offer exposure to Bitcoin. As covered by The Tokenist, these products tend to underperform Bitcoin spot prices by 8%. Not to mention that there is also a risk of significant losses due to “contango bleed.”

On the other hand, the SEC has been a skeptic of spot Bitcoin ETFs, constantly postponing such applications. Just last week, the regulatory body denied WisdomTree’s application for a “physical” Bitcoin ETF.

Meanwhile, Grayscale reports that a spot ETF would have a significant impact on BTC investments, saying that 77% of investors would invest in Bitcoin if an ETF existed.

The report also noted that investors are not satisfied with the future-based ETFs. This should come as no surprise since many experts have been warning retail to stay away from futures ETFs. For one, Tyrone Ross, CEO of Onramp Invest, said:

Why do you think Americans are increasingly interested in Bitcoin and crypto? Let us know in the comments below.