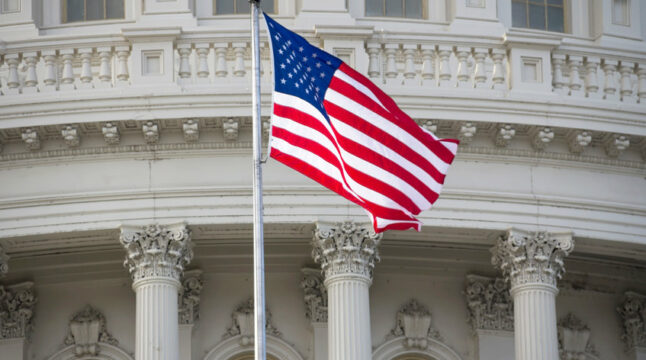 A new bill introduced in congress imposes broad limitations on crypto platforms irrespective of whether they knowingly help or intend to assist in evading sanctions or not.

Although targeted at the Kremlin and the possibility of sanctioned Russian individuals and businesses escaping sanctions through cryptocurrency, the bill could place the entire crypto industry in jeopardy.

Several aspects of the new bill can put the entire crypto industry in a precarious situation. It could inadvertently block developers and users who do not know or intend to help Russian entities escape sanctions through their published open-source software.

The bill also appears to cover more than just Russian sanctions. Another provision would allow the Financial Crimes Enforcement Network (FinCEN) to track US citizens who transact with cryptocurrency worth more than $10,000.

The bill tasks the presidential administration with identifying individuals operating crypto protocols that have helped Russia evade sanctions. It also gives the POTUS the power to punish these platforms.

Furthermore, the US treasury secretary could also require US-operated crypto exchanges not to conduct business with Russian-linked addresses. This requirement will come into play if it is in the country’s national interest. The treasury secretary would have to inform congress about such decisions when they are made.

Russia is Unlikely to Use Cryptocurrency to Avoid Western Sanctions

Although the bill has been introduced to bolster sanctions against Russia, there is no data to back the Kremlin’s use of digital assets. Last week, Christopher Wray, the FBI’s Director, said Moscow would need fiat and not digital assets to bypass punishments imposed. He highlighted how easy it is to track blockchain transactions with analytic software available to federal agencies.

Additionally, the White House and the Treasury Department support Wray’s sentiment. Carol House, director of cybersecurity for the National Security Council, further substantiated this view in a recent webinar held on Wednesday. She said,

“The scale that the Russian state would need to successfully circumvent all U.S. and partners’ financial sanctions would almost certainly render cryptocurrency as an ineffective primary tool for the state”

It is yet to be seen if congress passes the new bill into law the way it has been drafted. Senator Warren has been a vocal critic of cryptocurrency and recently took aim at DeFi services and their lack of oversight. However, she may face stiff opposition to the new legislation from pro-crypto members of Congress like the congressional blockchain caucus.

The bill has been introduced to counter Russia, which, according to reports, has given a license to Sberbank to issue and exchange digital financial assets. The move may provide the bank with new prospects as it works to mitigate the impact of Western sanctions.

Since sanctions started flying in after the Kremlin’s unprovoked invasion of Ukraine, Moscow’s economy has slumped terribly. The value of the Ruble has depreciated badly with experts predicting more dark days ahead as the invasion continues.

Russia’s punishment has included its removal from the SWIFT international payment system. Foreign investors have also severed their relationships with Russian companies, while Russian shares including those on the Moscow Exchange (MOEX)index have plummeted.

Moscow is now doing everything within its power to save its economy as sanctions continue to bite harder. Before reaching a consensus on cryptocurrency, Atomyze Russia became the first firm to be licensed to exchange digital assets legally in Russia. With Sberbank’s receiving approval now alongside financial ecosystem Lighthouse, it plans to develop its own digital currency. The asset would then be listed on the central bank’s register.

In conclusion, Sherbank intends to employ blockchain technology to ensure the security of digital transactions in Russia. This may be the reason for Senator Warren’s introduction of the new legislature to ensure Moscow has no escape from its sanctions. However, a few modifications may be required to ensure that the regulation meets its intended target without stifling the crypto industry.

Do you think the new legislation is too harsh and could actually strife crypto innovation? Let us know your thoughts in the comment below.