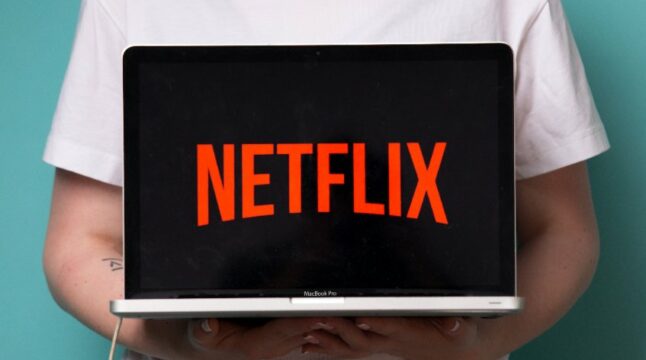 Investors are likely pricing in Netflix's loss of subscribers based on strong fundamentals.

Netflix’s (NFLX) stock went up +21.27% during the last five days. Despite yesterday’s Q2 2022 earnings report, this upward trend seems to be sustainable, having surged by 5.98% during the day.

The earnings report is a mixed bag of major subscriber loss but also continued revenue growth and new types of accounts in the near future.

As we reported in April, Netflix continues to struggle with subscriber bleed. Back then, Netflix reported a quarterly decline of 200k subscribers, the largest single-quarter decline in a decade. This was to be expected as inflation ramped up, forcing the hand of people to prioritize food over entertainment luxuries.

The latest report ramps up subscriber loss at 970,000, which is actually good news compared to the prior forecast of 2 million. Moreover, Netflix revenue for Q2 grew by +9%, from $7.86 billion in Q1 to $7.97 billion in Q2. Interestingly, due to the increasingly strong dollar, compared to the euro and yen, this revenue could be presented as a +13% increase.

While subscriber loss was substantial, the forecast for Q3 is aiming for a gain of one million new subscribers. This is quite modest compared to the Wall Street consensus of 1.84 million. The revenue growth largely came from increases in average paid memberships, by +6%, and average revenue per membership (ARM), by +2%.

When it comes to adjusted earnings per share, Netflix outperformed expectations. They came at $3.20 compared to the forecasted $2.98. Overall, the video streaming giant expects to have available over $1 billion in free cash flow. This is important, as it determines Netflix’s maneuvering space for funding new projects which can add further value.

What About Netflix Originals?

As Netflix became the dominant force in the online streaming arena, it was inevitable that it would start funding original content. This first happened in 2013 with the edgy drama series House of Cards, starring Kevin Spacey, who now has too many branding issues.

Since then, Netflix produced over 1,500 titles, mainly divided into movies and TV shows, both labeled as “Netflix Original”. This aggressive push into the content arena, against the likes of Amazon or Disney, certainly bore fruit. According to Nielsen’s ranking, Netflix captured the most attention at incredible 1.33 trillion minutes of viewing time for the 2021-2022 TV season.

One of the most successful projects is the Stranger Things TV show, having entered season four. The last season broke Netflix’s viewing record by accruing 1.3 billion watched hours within a single month. It also helped that the series got 51 Emmy nominations and 7 won Emmys.

Moving forward beyond TV shows, Netflix has been on a mobile gaming shopping spree. The company established a portfolio of 24 licensed mobile games, covering the entire genre range, from racing and zombies to card collectibles and city building. Some of the most popular ones are Asphalt Extreme, Krispee Street, Townsmen, Into the Dead 2, and Arcanium.

Most recently, Netflix acquired three additional gaming studios to bolster its gaming division: Night School Studios, Boss Fight Studios, and Next Games. Additionally, there are some moves that Netflix is planning to balance out inflationary/competition pressures with subscriber loss.

For years, Netflix took pride in offering streaming services without annoying commercials. This era appears to be ending soon. After having formed a partnership with Microsoft to offer cheaper ad-supported accounts, Netflix will launch the first wave of new subscriber options in Q1 2023.

Fortunately, the existing subscriber plans will remain untouched, becoming premium zero-ad accounts. Netflix relies on this strategy to stem user hemorrhage. Likewise, Netflix will stop ignoring password sharing among family members and friends. Netflix admitted that 100 million households engage in this practice, 30 million of which are in the US and Canada.

The strategies to curtail password sharing were already unrolled in Peru, Costa Rica, and Chile. Netflix offered a $2.99 option to add additional users to primary accounts. This further expanded to other South American nations.

“If you’ve got a sister, let’s say, that’s living in a different city, you want to share Netflix with her, that’s great,”

“We’re not trying to shut down that sharing, but we’re going to ask you to pay a bit more to be able to share with her and so that she gets the benefit and the value of the service, but we also get the revenue associated with that viewing.”

Comparatively, Netflix is still in an advantageous position. For instance, YouTube premium (no ads) costs $12 per month, while Netflix at higher HD resolution costs $15.49 for two devices. That may seem a big difference, but not with YouTube leaving the “Originals” game at the beginning of 2022.

Since 2020, YouTube Premium gained only 5.5 million new subscribers, at a modest 25.5 million total. Given that YouTube is the world’s largest video platform, this suggests that most users are ad-habituated. Netflix can plug into that with exclusive content, which YouTube has eliminated.

Overall, Netflix has built up a solid foundation for growth across the board. First-mover advantage, massive user base, a household brand, and multimedia content production make for strong fundamentals. Investors appear to count on those fundamentals while taking quarterly subscriber reduction in stride.

Do you think Netflix can push ahead of its competition again? Let us know in the comments below.