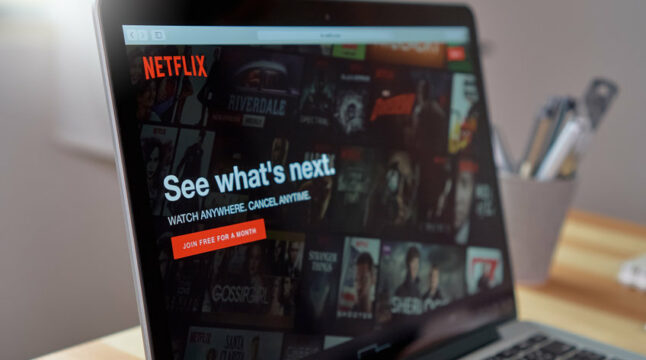 Analysts expected Netflix's net subscribers to rise by more than 2.5 million during the first quarter of the year.

Netflix shares plunged by more than 28% on Tuesday after the streaming company reported a decline in first-quarter net subscribers. The drop in users came as a surprise to Wall Street, particularly since the company had told shareholders that it expected to add 2.5 million net subscribers during Q1.

For the first time in more than a decade, Netflix reported a subscriber loss and reported a loss of 200,000 users during the first quarter of the year. What’s more worrying is that the streaming company expects to lose another 2 million users for this quarter.

The report came as a surprise even to Wall Street given that analysts expected positive growth in subscriptions for Q1. While the company had told shareholders that it expected to add 2.5 million net subscribers during the quarter, analysts anticipated an increase of more than 2.7 million, according to StreetAccount estimates.

The news prompted a sell-off, further driving down shares of the streaming company which was already down about 40% so far this year. Notably, the drop comes despite the company reporting relatively strong revenue. Netflix reported $7.87 billion in revenue compared to $7.95 billion expected, and earnings per share (EPS) of $3.53, coming in well ahead of analysts’ prediction of $2.91.

Billionaire Bill Ackman’s fund known for investing in value stocks, Pershing Square Capital Management, is among the more notable investors to feel the pain of Netflix’s plunging shares. When Netflix’s stock price suddenly dropped three months ago, Ackman purchased 3 million shares of the company claiming that they were undervalued.

Ackman’s fund purchased Netflix shares when they were traded in a range of $351.46 to $409.14, meaning it could be at a loss of between 26% to 37%. However, despite the drop, Ackman said he expects to see double-digit annual revenue in the long term.

On the other hand, hedge fund manager Michael Burry, who shot to fame by betting against mortgage securities before the 2008 crisis, said he expects further headwinds for Netflix and other growth stocks like Tesla. “The competition came for Netflix just like the competition is coming for Tesla,” Burry said in a now-deleted tweet.

Why Netflix is Losing Users

Netflix cited growing competition from rival streaming companies like Disney+, Hulu, HBOMax, and of course AppleTV+, as well as rampant password sharing as the reasons behind the drop in its users. The company also pulled out of the Russian market after the country invaded Ukraine, losing some 700,000 subscribers there.

In a letter to shareholders, the company said:

“Our revenue growth has slowed considerably. Streaming is winning over linear, as we predicted, and Netflix titles are very popular globally. However, our relatively high household penetration — when including the large number of households sharing accounts — combined with competition, is creating revenue growth headwinds.”

Notably, the company has a plan to make up for the recent loss. On the earnings call, the company’s Co-CEO Reed Hastings said more than 100 million households are using the service without paying for it. “They love the service, we just got to get paid,” he said, noting that they are working on the tech to make sharing passwords ineffective.

Nevertheless, shares of the streaming media giant are currently down by more than 28% in pre-market, trading at around $250 per share, wiping out all its gains since late 2018.

Do you think Netflix can recover from the subscription slump over time? Let us know in the comments below.