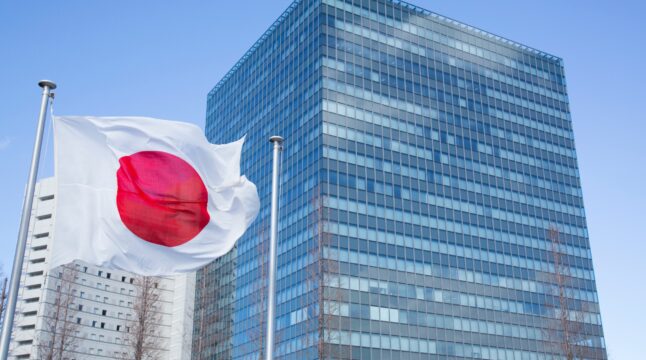 On Wednesday, the Japanese Yen (JPY) dropped by 2.7% against its dollar counterpart. Yet, the plunge was erased during the day. Among the world’s central banks, the Bank of Japan (BOJ) continues its ultra-dovish monetary policy. What makes Japan different, and is this sustainable?

Japan: the Odd One Out From the Central Banking Crowd

While the Federal Reserve and the European Central Bank (ECB) turned ultra-hawkish, at 4.5% and 2.5% interest rates, respectively, the Bank of Japan is still ultra-dovish. BOJ is the only major central bank with an interest rate in the negative range, at – 0.1%.

Because of this inversion, we have also seen the inverse relationship between the Dollar Strength Index (DXY) and its weighted currencies. At 57.6% weight for the euro (EUR) and 13.6% weight for the Japanese yen (JPY), both have gone down as the dollar grew stronger during 2022.

The reason for that is simple. As the world’s global reserve currency, the dollar grew stronger as the Federal Reserve started raising interest rates in March 2022. In other words, interest rates raise the cost of capital, which means there is less liquidity.

And with global liquidity draining, there is more demand for the global reserve currency, the dollar. Of course, the Fed started raising interest rates aggressively to halt the 40-year high inflation rate. In Japan, the core inflation (less energy and food) is not nearly as high, hitting an 8-year high last October at 3%, while presently at 3.7%.

Like the Federal Reserve, BOJ also has an inflation target of 2%. During last year’s Fed hikes, the Japanese yen hit a 32-year low against the dollar. However, it bears keeping in mind that weak domestic currency makes the nation’s exports more attractive in foreign markets.

The problem is Japan has been a net importer for several decades. By November 2022, Japan’s trade deficit hit 2 trillion yen ($14.8 billion).

Therefore, Japan’s persistent trade deficit is exerting pressure on the yen to weaken further as it imports more than it exports. To put it differently, Japan will need to buy more foreign currencies to pay for those imports, i.e., the dollar, thus making the dollar strong while weakening the yen.

How Does Japan Use Yield Curve Control (YCC) to Keep Yen Afloat?

With Japan’s interest rate still in the negative range, at -0.1%, how can BOJ support the yen with such an ultra-dovish monetary policy? After all, didn’t the Fed make the dollar stronger by raising interest rates?

And doesn’t Japan need to increase the demand for its domestic currency as a net importer? It turns out there is a tool to attract foreign investment, which could then boost the yen demand. It’s called yield curve control (YCC).

The yield curve represents the difference between maturities of government debt – bonds. Therefore, a typical yield curve tends to slope upwards as a representation of long-term interest rates being higher than short-term rates. In a healthy economy, this happens because investors have a positive future outlook.

Inversely, when the investors’ future outlook is negative, the yield curve inverts. This means that short-term rates are higher than long-term rates. Typically, this indicates imminent recession. But with a yield curve control (YCC), the Bank of Japan has a policy tool to manipulate the interest rates on bonds with different maturities.

Thereby, the central bank can achieve a target for the yield curve. If that yield curve shape turns a steep upward slope, this is then a signal that long-term interest rates are higher than short-term rates. The Bank of Japan has been doing precisely that by unexpectedly increasing the higher target yield band on the 10-year bond (government debt), up to +0.5% from the prior +0.25%.

By doing this, BOJ is attempting to attract foreign investment by making 10-year bonds more attractive, which would support the yen. At the same time, as the short interest rate is still ultra-dovish, at -0.1%, this encourages borrowing and spending. Consequently, both of these should spur domestic economic growth.

However, Japan’s central bank counts on the economy to be strong enough to handle higher bond yields while also counting on the inflation rate to be under control.

What is the Bottom Line on Japan’s YCC?

If neither of the BOJ projections materializes in terms of inflation and economic health, Japan could face stagflation. By raising long-term bond yields, BOJ makes it more expensive for the government to borrow money. This leads to increased budget deficits and even larger national debt.

This could be a likely scenario given that, among G7 nations, Japan has the highest debt-to-GDP ratio of 262.5%. This means that Japan’s debt is over 2.5 times the size of its economy.

In the near future, the market will keep shorting Japanese government bonds, as investors expect a breakout from the ultra-dovish policy into an interest rate hike. That’s because the value of existing bonds would then decrease as new ones are issued at higher rates. As a result, this caused short yen volatility on Wednesday.

Do you think central banks do more net harm than good in the long run? Let us know in the comments below.